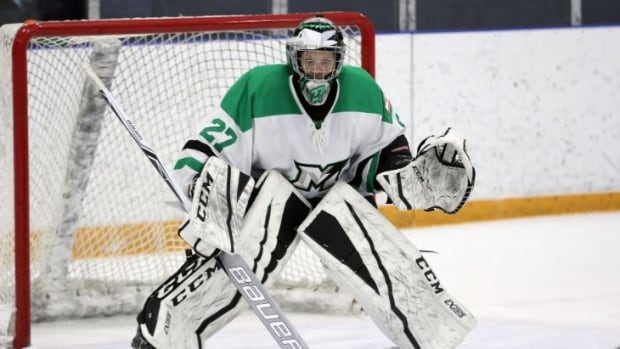 Liz Knox has no regrets.

It has been about a month since Knox and 200 of the best female hockey players in the world decided they no longer wanted to play.

Knox knew there was risk of walking away after the Canadian Women’s Hockey League folded, but she was tired of playing professional hockey for virtually no money.

She says it’s a worthy fight to create an economically viable professional league.

“Maybe this takes us a year, maybe it takes us two years. I don’t know but I certainly know it’s not going to take us 10.”

Knox says there are many questions going forward. But in the short term, the players need to remind the public they are still there, still pushing for change.

“We want to make sure that we stay relevant so it doesn’t seem like we have fallen off the map.”

The move is two- fold. It allows the players, who are live across North America and beyond, to stay in touch and keep members informed of next steps. It will also allow players to coordinate training opportunities as they try to stay in shape.

More formally, it will give the players a formal leadership group to deal with potential sponsors, experts and benefactors who may emerge to support the players and a potentially new league.

Pennsylvania attorney Diana Spagnuolo, who is providing her services free of charge, helped the players incorporate their association.

She says this isn’t about simply setting up a group to bargain with NHL, whose involvement many have said is key to creating an economically sustainable league.

“I mean might it be aligning with an existing league possibly,” says Spagnuolo. “I think what they’re looking for is an opportunity for an economically viable league that pays more than $2,000 a year.”

Spagnuolo stresses it’s about finding the right partner not rushing back into something that doesn’t work.

“What if it’s two seasons? We’ll cross that bridge when we get to it but they’re really waiting for the right opportunity and not the quickest one.”

Knox is more definitive on what would work best.

“The NHL has said it doesn’t have an interest in taking over a league. So now the best players in the world don’t play in a league — that’s as simple as it gets. “

The NHL has been careful to show its cards. The league has been reticent to get involved as long as a professional league is still in operation. That is still the case as the NWHL shows every indication it will operate a professional women’s league next season.

But Knox says the 200 players in this newly formed association deserve attention from the NHL, even if another league continues to exist.

“If their feelings are the same, that if there was a void in women’s hockey, they would be interested in stepping in. Then this is a void. You have 200 of the best players in the world saying there’s not a viable option for us.”

Knox is also waiting for other big players to make their voices heard. She hopes groups like Hockey Canada become more involved in finding a solution.

“I know that a lot of their initiatives are founded in and rooted in growing the women’s game, growing the girl’s game,” Knox points out.

“If that is something they believe in, which I believe it is, this a logical step to helping create those dreams for young girls, to keep the registration high and in turn you’ll see the results.”

Hockey Canada has yet to respond to a request by CBC Sports seeking comment.

Knox believes the right partner is out there. She says the 200 players who are part of this newly formed association believe the right path forward will soon become clear. And they believe there is strength in numbers; strength in sticking together.

“If you look at any amateur sports league, at some point it becomes supported or backed [by] somebody with deep pockets or an organization that’s done it before. So that’s our challenge is to find that person or that that organization.”

It will be worth it, she says.

“It’s not about me, it’s about 10 years down the road and making sure that I did everything I could to push the game forward. It’s kind of a responsibility.”