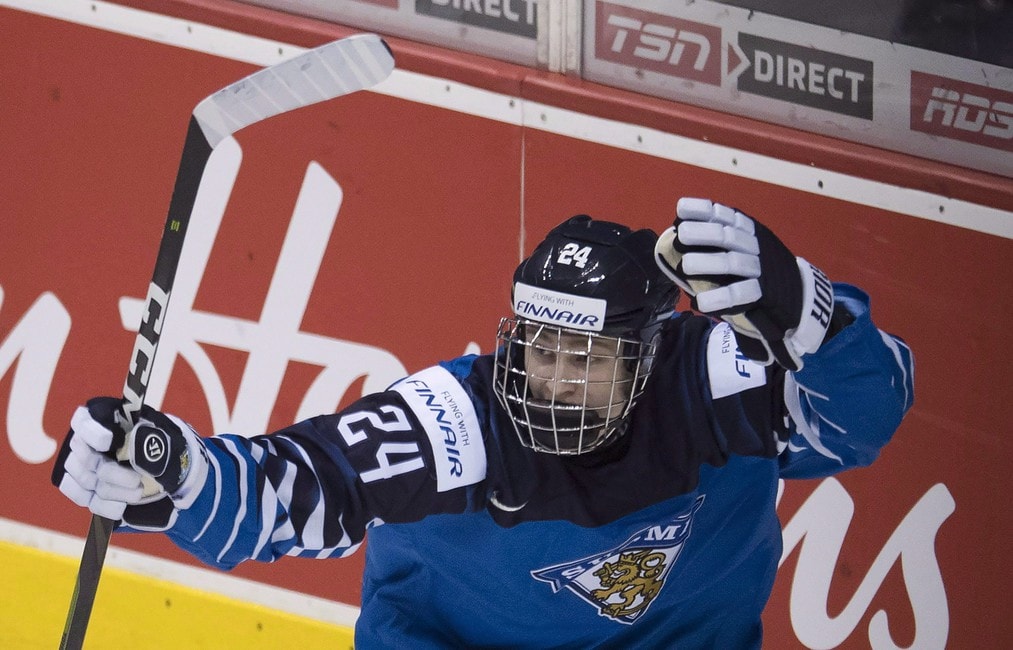 It should be pretty clear that the New York Rangers’ 2018-19 season can be considered a success when it comes to their rebuild plan. No, the Rangers did not rid themselves of every aging talent. No, they didn’t get rid of all the contracts folks among the fanbase wanted to go. Heck, some may even claim the team did too much winning in the season. But no one should be disappointed at all with having the No. 2 overall pick in the 2019 NHL Entry Draft.

In fact, it wouldn’t be a bad argument to state that the Rangers are in better positioning than the New Jersey Devils, who won the No. 1 overall pick in the lottery. It’s exactly like getting the No. 2 pick in a fantasy sports draft for a league that has a clear top-two; you just get who the owner with the first pick doesn’t take. The pressure is on them, not you.

Now, entering this year’s draft, it did appear obvious that the team with the first-overall pick (in this case the Devils) would target Jack Hughes, who’s been the consensus top prospect in this draft, while the next team would get Kaapo Kakko. But after the season Kakko had in Finland, and his current progress at the World Championships, maybe there could be a chance New Jersey takes Kakko, while New York gets Hughes.

While it’s not a guarantee with all the hype Hughes has been carrying with him, it does bring up entertaining questions: Who would fit better with the Rangers? Who should they hope the Devils take? Could Kakko actually benefit New York more than Hughes could right now?

Kaapo Kakko’s Run in Finland and the Worlds

While Kakko does not have all the hype and anticipation surrounding him as Hughes does, Kakko has pulled a showing of his own that the same eyes looking at Hughes have peeked at him. This past season in Finland, Kakko put up a record-breaking 22 goals and 16 assists for Liiga’s TPS, and he added five more points for the team in the playoffs. In addition, Kakko had five points in seven games en route to helping his country win gold at the World Junior Championships.

He’s currently on the national team at Worlds, where he’s been a highlight. His six goals in seven games played earn him a spot as one of the tournament’s best scorers.

Throughout the tournament thus far, Kakko has shown a desire and ability to control the action, going aggressive for the puck at all costs and trying to fool defenders with his speed. He’s creative with the puck and can score under any circumstance — slap shot or backhanded, one-timer or empty net, power play or shorthanded. He’s always thinking, and his brains and skill have led him to hold his own as a teen in men’s professional action.

Kakko would make an excellent addition to head coach David Quinn’s roster, as he’d fit right in with the kind of team Quinn developed over his first season at the Rangers’ helm. Kakko not only has that aggression for the puck, he can control it. He not only has speed, he uses it to his advantage. And while Kakko would still be an NHL rookie, not used to the 82-game season grind and competition it presents, Quinn might have faith that Kakko’s hockey IQ will prevent him from making easy mistakes.

Kakko’s play can lead him to be a center if warranted, but he’s a wing by trade. And honestly, his play and position is exactly something the Rangers need. The team does not have a lot of true wings, and Kakko is one who meets Quinn’s desires and can either attack the net on his own or set his teammates up.

So now let’s have some fun. What if the Devils are so enamored with Kakko’s play over the last year that they give in to the temptation and pick him, allowing the Rangers to choose Hughes?

Hughes has been the eye of this draft for the longest time, thanks to his dominating play in the Canadian junior hockey leagues and the American junior national teams. He’s the youngest to ever play for Team USA at Worlds and has scored more points for the U.S. National Development’s Under-18 team than anyone.

In fact, 2018-19 saw Hughes put up 112 points with the U-18 team, as well as 48 points with the program’s juniors team. While he has not had a great performance at Worlds, Hughes was the top scorer at the 2019 IIHF World U18 Championship, putting up 20 points and leading the U.S. to a third-place finish.

For being just a teenager, Hughes has shown more maturity in his play than many other rookies first entering the NHL. He’s got such a sharp stick, a sharp eye and a sharp mind that he could probably fit in well wherever any team, including the Rangers, would want him. Sure, he may not be the tallest, nor does he have the biggest build, but all that seems to do is enhance his speed. He catches up on opponents quickly, and once the put is in the control of him and his team, no eyes should leave his sight.

Speed, youth, potential (or rather skill here), and aggressiveness for the puck — do these traits sound familiar? If so, that’s because they’re the kind Quinn wants. If this team was to somehow, some way land Hughes, he would be the model of what he wants to see in his team.

The only downside to Hughes playing on the Rangers is that it does nothing to help the team’s logjam at center that it suffered throughout this season. Mika Zibanejad isn’t going anywhere, so that leaves two lines for the likes of Filip Chytil, Lias Andersson, Ryan Strome, Brett Howden and others to fight over. And for these guys, failure to land one of those spots could mean continuing to get shuffled in the lineup, another stint in the AHL, or becoming a trade piece. And for some of these guys, it’s just not time to give up on them yet.

While Hughes may be the better player of the two, Kakko seems to be the one better suited for the Blueshirts’ needs. That’s not to say brass would not make a Hughes pick work, but that Kakko can deliver just as Hughes can and he can more importantly help fill holes.

Fortunately, the Rangers aren’t in complete control of their draft destiny. Your choice, New Jersey.