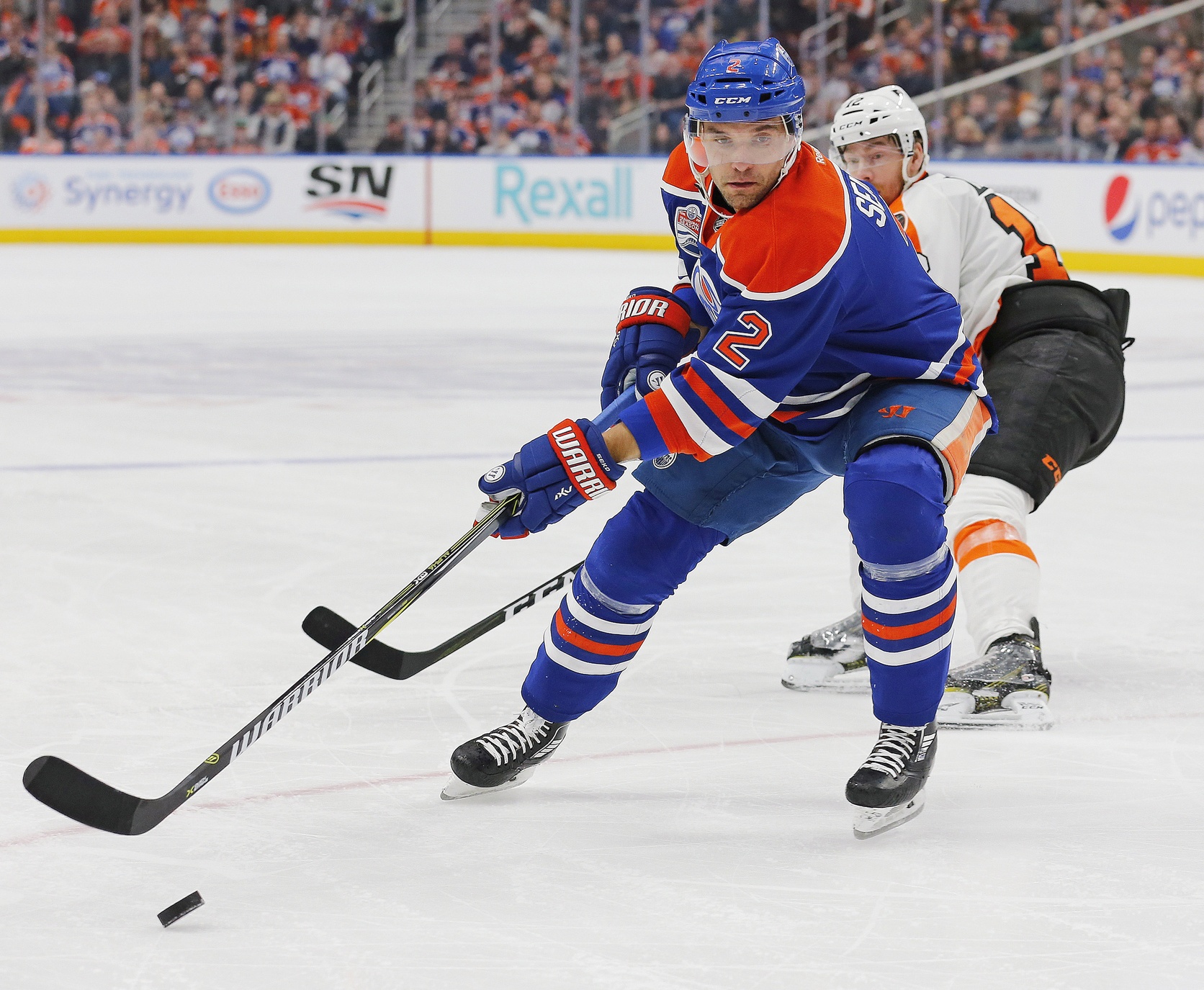 There was some debate as to how the Edmonton Oilers might clear up some cap space heading into free agency. While trading Milan Lucic felt like a nice idea, the reality of that trade was that it was trick, to say the least. A more likely option, but still not an ideal one, was the notion that the Oilers might buy out the contract of Andrej Sekera knowing what it could do in terms of having some money to spend on July 1.

While Sekera offers the Oilers a veteran on a blue line that is questionable at the best of times, the answer appears to be yes. Edmonton will be buying out Sekera’s contract.

Andrej Sekera and the Oilers

When Sekera was signed as a free agent in the summer of 2015, it was considered a big get. A strong presence on the blue line for teams like Carolina and Buffalo, Sekera was going to bring some stability to an Oilers blue line that didn’t have much.

He only played 36 games in 2017-18, and when he played, he wasn’t very good. In 2018-19 he played in 24 games but looked better as the season wound down. For Edmonton, it was a matter of deciding which version of Sekera they might have access to moving forward.

Unsure of what he might offer, Edmonton isn’t taking chances and believes they’re better off going in another direction.

If the Oilers buy out Sekera, it will cost the team $1.5 million over the next four seasons and bring a cap hit of $2.5 million in the first two seasons and $1.5 in the following two.

In terms of dollars owed, this isn’t a bad contract to pay out. The $2.5 million cap hit isn’t ideal, but he was making $5.5 million which offers Edmonton another $3 million this and next year to get a winger. That’s right in the range of a player like Washington’s Brett Connolly.

There’s also a good chance the Oilers looked at the drop in salary cap this season and the rumblings that in the summer of 2021, the NHL cap is expected to take a big jump. At that time, Sekera will be off the books completely and the Oilers will have money and room to make moves.

Sekera will become an unrestricted free agent if the waivers come through and he’s bought out by tonight’s deadline. There will certainly be a team that could use him on a lower cap hit.

That said, he’s still a large question mark in terms of his health. He’s looked good in international play since returning last season but some teams might not take a chance unless they’re looking for value deals on the blue line.

That sounds like something the Toronto Maple Leafs are actively on the lookout for.

If he plays well in another city, this could be a decision that comes back to bite Edmonton. The Oilers blue line isn’t exactly deep but GM Ken Holland has said how much he likes the prospect bubbling from underneath.

It’s a risk. It just sounds like the gamble to have extra money this summer was worth it.