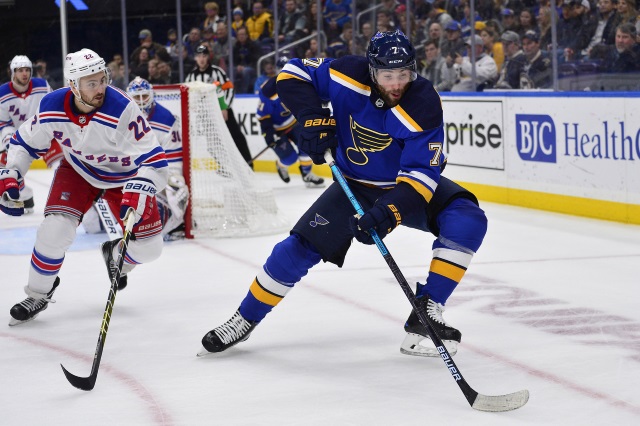 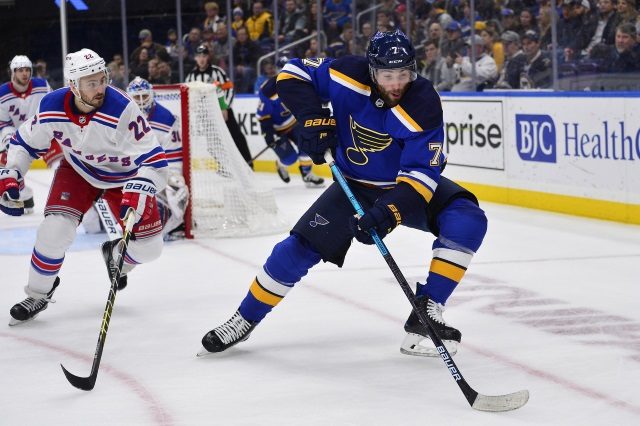 Pat Maroon does not want to quit St. Louis yet

Lou Korac of NHL.com (Personal Blog):  Again, these are impressions from Lou Korac on Pat Maroon.

I still find it hard to see the #stlblues fit Maroon into their plans moving forward and with the cap situation and three RFA’s left to sign (excluding Husso) but the fact he hasn’t closed this door tells you just how bad he’d love to stay here.

This is the quote from Pat Maroon:

“I would love to be with St. Louis. I would love to play here again,” Maroon said. “… Me and Doug talk. We’ve had conversations and I think it’s tough right now. A lot of restricted free agents right now and everyone’s trying to find their number right now. The cap really didn’t go up. I’m just enjoying it. I’m just going to take the time and really soak it all in. I know I’ve got a lot left in the tank, a couple years. I’ve got three solid years I can give someone.”

Too many external factors figure in. Though Ville Husso’s signing means little to the salary cap. St. Louis has just $9.2 million to ink. Pat Maroon understands that Joel Edmundson, Oskar Sundqvist, and Ivan Barbashev all need to be signed. Increased roles are expected for all three so how much money would be left for Maroon? How much term would he want? Hence, the odds are stacked against a return.

A little bit on Mikko Rantanen…

Mike Chambers of the Denver Post:  Again, Mikko Rantanen expects to become the highest-paid member of the Colorado Avalanche. However, he waits as the domino effect known as Mitch Marner drags on slowly. Facts are facts. Until there are more comparables signed, it is more difficult to sign a player. Sadly, it’s more of the same until someone blinks in Toronto, or maybe Brayden Point with Tampa Bay, etc.

Unfortunately, it keeps coming back to Mitch Marner for Mikko Rantanen and Brayden Point.

Matthew DeFranks of SportsDayDFW.com (mailbag):  Comparing teams can be premature and this case is not different. Dallas was a goal from advancing to the Conference Final and maybe deeper last season. This season features higher aspirations but the 1999 team had six Hall-Of-Fame players. 2019’s version does not. Even the 1997 and 1998 squads were better.

One other thing, Jamie Benn still will be the captain as he and Joe Pavelski will help pull the leadership structure in. Chemistry won’t be an issue in Dallas this season and expect scoring to rise. How much? That’s the burning question for the Dallas Stars