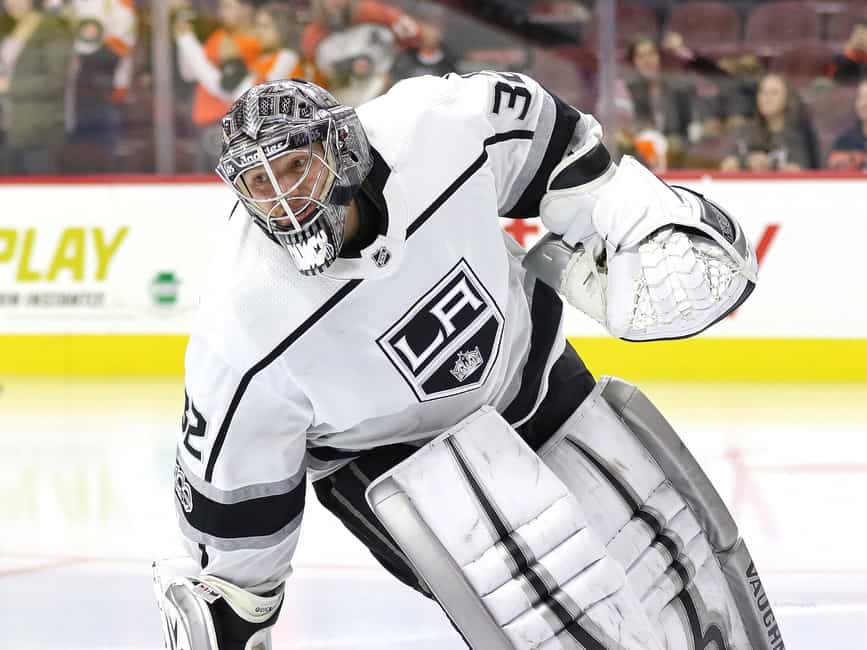 In today’s NHL rumor rundown, there is news on the Philadelphia Flyers and how close they are to singing Travis Konecny, the Florida Panthers who may run with a couple of inexperienced backup goaltenders, plus updates on the Columbus Blue Jackets, Tampa Bay Lightning and Colorado Avalanche.

The Courier Post’s David Isaac writes he believes that Philadelphia Flyers and forward Travis Konecny are likely to work out a deal within the next few weeks. With other comparable contracts done around the NHL, the Flyers have a better idea of what he’s worth.

Isaac writes that the Timo Meier and Jakub Vrana deals set a market for Konecny and he will probably fall somewhere between the two.

They’re closer with Konecny than they are with Provorov. As Fletcher has said a few times this offseason, RFAs are playing a waiting game more this summer than ever before. Teams and players are both waiting to see what other comparables look like

There have been a lot of changes in Florida where the Panthers have a new head coach in Joel Quenneville and starting goaltender in Sergei Bobrovsky. That said, one place the team won’t be making a change is at the backup netminder position.

The Athletic’s George Richards writes that Florida believes 22-year-old Sam Montembeault is a legit backup and he’d have to show poorly to lose the spot. One other prospect who will be trying to grab that spot should Montembeault not show well is Chris Driedger. He would get the nod before Florida brought in outside help.

… I do not see Florida going out to find a bargain-bin backup unless things really look dire. They feel pretty good about the position, especially with Bob in and getting the majority of the playing time.

NHL Tonight video with David Pagnotta revisits talk that the Columbus Blue Jackets might have some interest in Los Angeles Kings goaltender Jonathan Quick. Pagnotta notes that if the team has any doubt that Joonas Korpisalo is their guy they may make a move during training camp.

John Gibson of CBC News writes that while the deal isn’t done, a proposal is ready and on Monday, there might be some news as it pertains to a new arena deal in Calgary.

Mari Faiello of the Tampa Bay Times writes that with the contract uncertainty and an option to pick up someone like Curtis McElhinney at a reasonable rate too good to pass up on, current Lightning backup Louis Domingue might be up for auction to teams that realize their goaltending is suspect during training camp.

McElhinney will serve as a back-up role to Tampa Bay’s veteran goaltender in Andrei Vasilevskiy this season. Tampa Bay opted to sign McElhinney in part because of Louis Domingue’s upcoming unrestricted free agency in 2020-21. Domingue likely will look to play a larger role on another team.

Rantanen Waiting to Get Paid

Mike Chambers of the Denver Post writes that Mikko Rantanen figures to make between $8 million and $10 million annually and expects to become the highest-paid member of the Colorado Avalanche.

Rantanen wants to remain an Av, and the franchise is willing to pay him more than 2018 Hart Trophy finalist and linemate Nathan MacKinnon — Colorado’s top-paid player with a $6.3 million annual cap hit.

The RFA market is moving so slowly that players like Rantanen are just going to have to be patient if they want to make their money. Teams aren’t jumping on unrestricted free agents or offer sheets because they have their own RFA concerns. It’s hard to know which of Mitch Marner, Brayden Point or Rantanen will have a deal first.