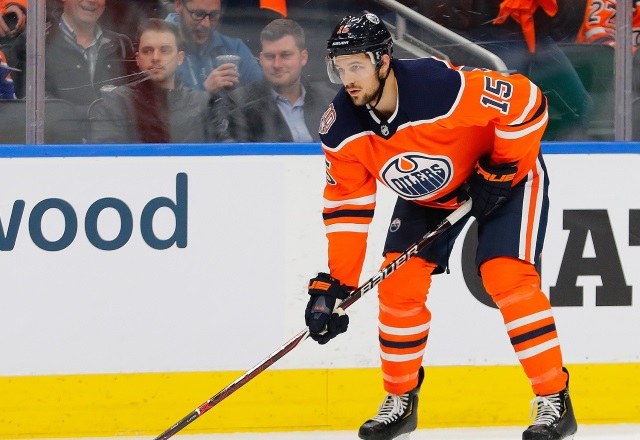 Jim Matheson: Have heard that the Calgary Flames could have some interest in right-handed defenseman Alex Petrovic.

Brett Cyrgalis of the NY Post: Brendan Smith and Marc Staal had been buyout options for the New Rangers, but with the addition of righties Jacob Trouba and Adam Fox, made Kevin Shattenkirk more expendable.

The Rangers do have some trade options to clear out more salary. Chris Kreider ($4.625 million), Vladislav Namestnikov ($4 million) and Ryan Strome ($3.1 million).

A Kreider extension would likely cost $7 million per season for seven years.

Do the Red Wings look at Shattenkirk?

GM Steve Yzerman has also said that Niklas Kronwall wants to play next season, he would re-sign him. There hasn’t been any decision made there yet.

Jessi Pierce of NHL.com: Jason Zucker has been in the rumor mill for a while and was told directly from owner Craig Leopold about Paul Fenton‘s firing.

“Names get floated out there all the time, and I’m glad the trades didn’t happen,” Zucker said. “It’s always something. If it happens once, it’s in the back of your mind for a bit; if it happens twice, it’s really in the back of your mind, and it was definitely something at the forefront of my life for the last while. But again, it’s hard for me to fault if he thought that’s what’s best for the organization.

“Whether you agree or disagree with it, he felt those were moves that would make the team better, and ultimately Craig disagreed and didn’t like what was happening and decided to go in another direction.”