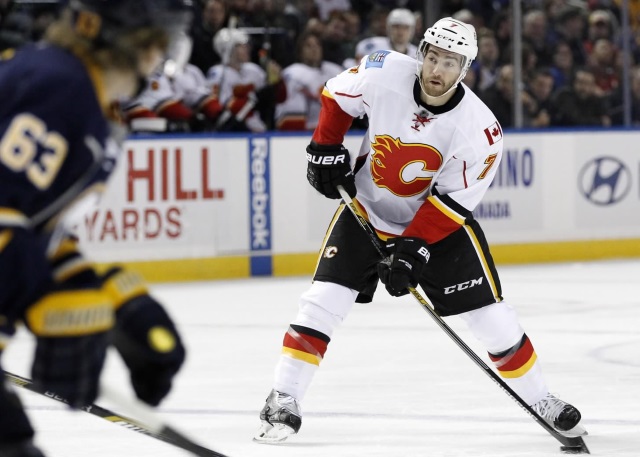 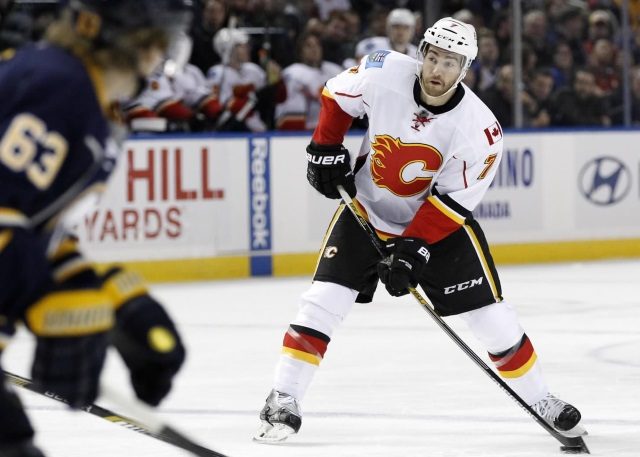 Flames having trouble finding a trade partner for Brodie? A two-year deal for Tkachuk?

James (Account4hockey): Eric Francis said on Sportsnet 960 that someone from the Calgary Flames organization had told him that the Flames were having a tough time trying to find a team that would trade for T.J. Brodie.

Francis wonders if the Flames would have to include Mark Jankowski in a package along with Brodie.

James (Account4hockey): Francis thinks that two-year deal for the Flames and Matthew Tkachuk is most likely if they are looking at two, five and seven-year deals.

Francis believes that Tkachuk could miss part of the season.

Pat Steinberg adds that the last time he checked, the Flames and Tkachuk’s camp weren’t even talking.

Sabres in no rush to make a trade

Lance Lysowski of the Buffalo News: Buffalo Sabres GM Jason Botterill said on WGR 550 that the despite being over the salary cap ceiling ($1.1 million according to CapFriendly), they are not a rush to move out some salary. Botterill adds that they can LTIR one of Zach Bogosian, Lawrence Pilut or Matt Hunwick if need be.

“We like the situation we’re in right now,” Botterill said. “We don’t have to make a trade to become cap compliant. We’ve gone over a zillion different scenarios. As much as the last couple weeks have been difficult weeks going through the salary arbitration process, what’s great about it is we have all the contracts done now. There’s no holdouts. We can focus in on how we’re going to get things going, and we’ll continue to have discussions with other teams on, ‘Hey, is there a trade that makes sense for us?’ “

Bogosian had hip surgery and Pilut had shoulder surgery this offseason. Hunwick only played in 14 games last season due to injuries. Bogosian carries a $5.14 million cap hit, Pilut is at $950,000 and Hunwick comes in at $2.25 million.

Sending someone to the AHL is also an option and could provide over a $1 million in additional space though that may mean a veteran is taking away ice time from a prospect.