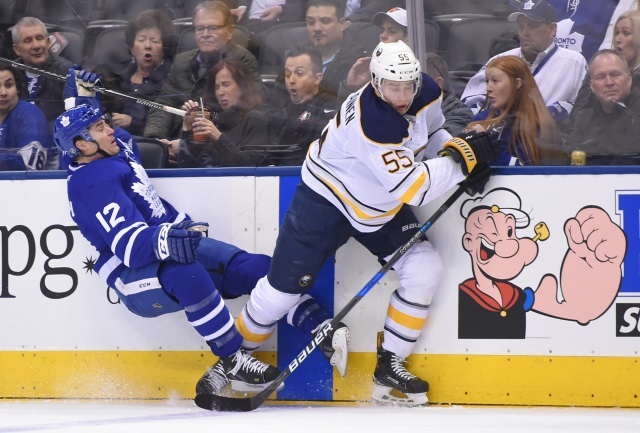 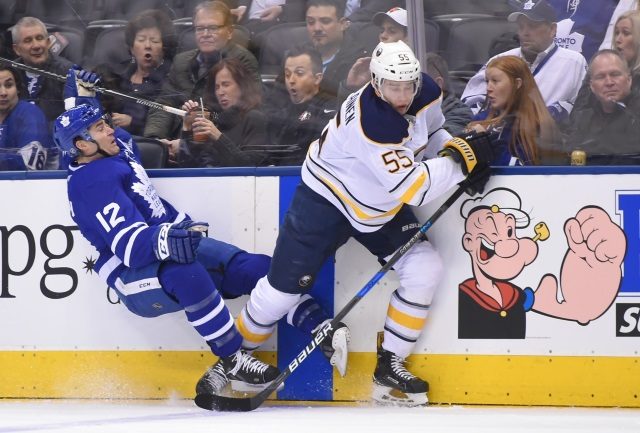 Ristolainen may have asked for a trade

Buffalo News: Buffalo Sabres defenseman Rasmus Ristolainen implied during a Finnish TV interview that he’s asked for a trade from the Sabres. He added that he wanted to keep things between him and management.

“I cannot say anything other than the fact that on the 12th of September, I will be at one of the NHL team’s training camps,” he said.

Ristolainen has three years left on his contract at $5.4 million per season. He said during the interview that he hasn’t really enjoyed hockey recently.

Steve Simmons of the Toronto Sun: Free agent forward Patrick Marleau had figured that he would end up back with the San Jose Sharks after being bought out by the Carolina Hurricanes, but it’s not looking like that is happening.

The Arizona Coyotes are interested but he may not want to play there.

Tavares on the Maple Leafs-Marner situation

“There’s a lot of restricted free agents unsigned still, a lot of guys in a similar position as him,” the center told TSN in comments posted on its website Sunday. “So there’s still some time here and I think we all believe the right thing will happen and something will get worked out. I think that’s what both sides obviously want.

“Sometimes it takes a little bit longer than others, and Mitch is obviously an important player for our team, just the type of guy he is as well. We really count on him, so obviously we want to get him there for Day 1 of camp and get moving forward and continue to kind of build this thing and work toward the ultimate goal.”

Check out my new video looking at the Marner situation. Has he been offered 3 different contracts? #Marner #LeafsForeverhttps://t.co/hk6H2xRMTw