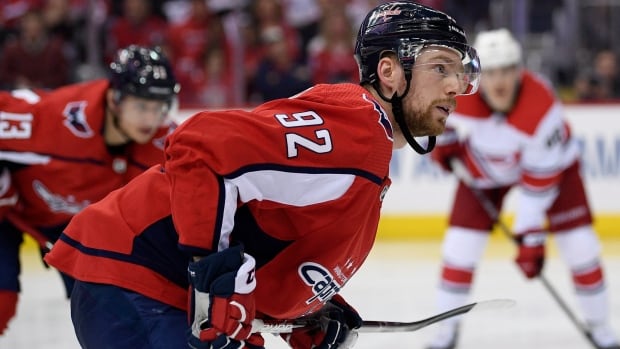 Washington Capitals centre Evgeny Kuznetsov tested positive for cocaine at the world championship and has been banned from the Russian national team for four years.

The International Ice Hockey Federation says Kuznetsov failed a doping test taken May 26 — the day Russia won the bronze medal game against the Czech Republic in Slovakia. The previous day, Russia lost in the semifinals to eventual champion Finland.

Kuznetsov didn’t require the analysis of his B-sample and was provisionally suspended on June 13.

The IIHF says the ban expires on June 12, 2023. That excludes Kuznetsov from the 2022 Beijing Olympics.

The ban does not affect Kuznetsov playing for the Capitals, who won the 2018 Stanley Cup.

On May 27, the Capitals confirmed Kuznetsov was shown in a now-deleted video on social media that appears to show him in a hotel room with lines of white powder on a table in front of him.

The video posted on Twitter carried a message saying it was why Russia lost in the world hockey championship semifinals. It showed Kuznetsov talking to someone and lines of white powder and American dollar bills can be seen on the table. Kuznetsov does not touch anything on the table in the 22-second video.

In a statement to Russian news outlet Sport Express, Kuznetsov said the video is from 2018 in Las Vegas after the Capitals won the Stanley Cup. In that statement, Kuznetsov said he went to a friend’s hotel room, saw drugs and an “unknown women,” called a friend and left.

“I never took drugs, give me a drug test and I’ll pass it,” Kuznetsov told Sport Express.

The 27-year-old Kuznetsov was Washington’s leading scorer in the playoffs when it won the Stanley Cup a year ago. This season, the Russian centre had 72 points in 76 games but just one goal during a first-round loss to Carolina.

Asked about the video before Game 1 of the Stanley Cup Final, Deputy Commissioner Bill Daly said the NHL would not have any definitive comments Monday.

“We became aware of the video this afternoon,” Daly said in Boston. “I know Evgeny has already commented on it, and I know the Capitals also released a statement. We need a little more fact-gathering to know what our next steps are.”

Ranking the Canucks 2000s First-Round Picks
Trade grades: Robin Lehner more than just an insurance policy for Golden Knights
‘I loved the game, but the game didn’t love me’: How hockey shaped one of NHL’s first black players on and off the ice
Bruins or Avalanche Are Best Bets for Kreider Trade
‘It’s unacceptable’: Maple Leafs look in the mirror after recent run of ugly efforts