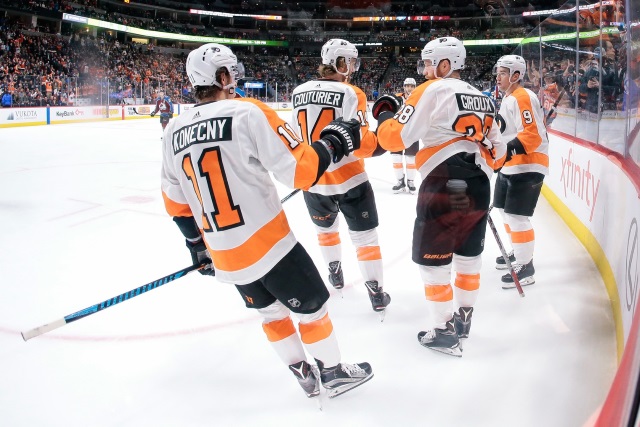 Senators turning their attention to Chabot

Bruce Garrioch of the Ottawa Sun: The Ottawa Senators have turned their attention to getting defenseman Thomas Chabot signed to an extension after locking up Colin White last week.

“In the case of Colin White we were able to keep everything very confidential and we were able to get a contract done,” Dorion told Postmedia during a one-on-one interview. “We don’t think talking publicly about any contract negotiations, whether it’s Chabot or any pending UFA, does us any good.

“But we understand the importance of our young core and having them in Ottawa as long as possible.”

Flyers still need to lock up Provorov and Konecny

“You look around the league and it seems to be a common theme with a lot of RFAs,” Fletcher said Monday. “There just seems to be dialogue, but not a lot of deals getting done. I think as we get closer to camp, obviously the urgency on both sides will pick up.”

Provorov is likely on their top pairing, and Konecny could be on their top line. Fletcher is still talking with the agents for both.

“We’ll keep working at it,” Fletcher said of the negotiations. “They’re good young players and we expect to have them signed and ready to go as soon as we can. … Right now, the landscape league-wide is murky, and I think things will start to clear up in the next few weeks. At this point, I’m not concerned. This has been the trend the last few years.”

Fletcher added that they are open to either a bridge deal or a long-term deal for either.