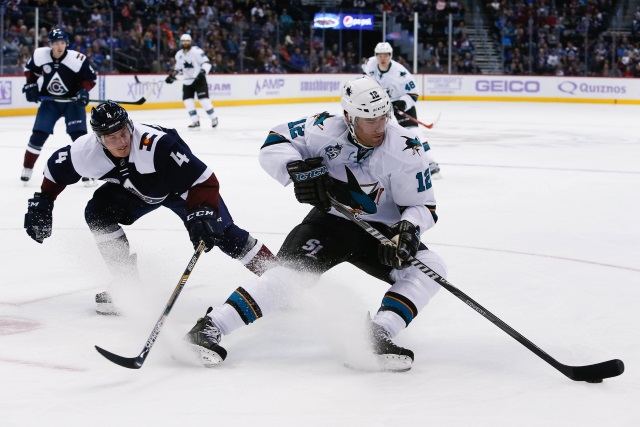 Marleau not a fit for the Sharks

Elliotte Friedman: Patrick Marleau‘s agent said yesterday that there currently isn’t a fit for Marleau with the San Jose Sharks.

Marleau wants to play and is pursuing other NHL opportunities.

Pierre LeBrun: Marleau was told by in July that there wasn’t really a fit with the Sharks. The Sharks are wanting to give their younger players a chance.

Only two playing options for Pominville

Andrew Zadarnowski: For family reasons free agent forward Jason Pominville is only considering a PTO with the Buffalo Sabres or Montreal Canadiens.

Jesse Granger: Sources saying that the Vegas Golden Knights and restricted free agent Jimmy Schuldt are closing in on a new deal shortly. They are just finishing it up and he shouldn’t miss any ice time with the team.

Ben Gotz of the Las Vegas Review: Schuldt’s agent Tom Lynn said “We (both sides) are working on it.”

Off-ice testing for prospects starts and their first on-ice session is tomorrow.

“He’s a terrific young player. He’s got his position and feels strongly in it. I’m surprised, to be perfectly honest, that Andrew’s not signed. It has nothing to do with us waiting.”

Maple Leafs and Barrie not in a rush to talk extension

Kevin McGran of the Toronto Star: The Toronto Maple Leafs acquired defenseman Tyson Barrie this offseason. He’s in the final year of his deal and neither side is in a rush to get an extension done.

“We’re just going to see how the fit works, start the season and play,” Barrie said.