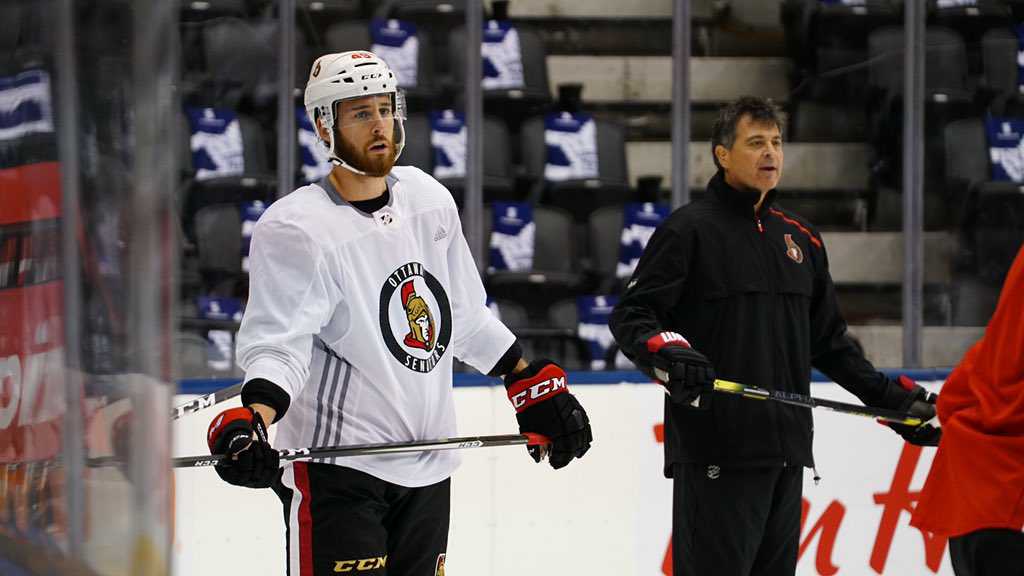 OTTAWA — The Ottawa Senators say forward Scott Sabourin has a fractured nose and is expected to be released from hospital Sunday, a day after being taken off the ice on a stretcher during a game in Boston.

Sabourin was taken from the ice with his head immobilized following a collision with David Backes in which the players’ helmets hit at nearly full speed early in the first period of Boston’s 5-2 win.

Sabourin gave the crowd a “thumbs up” as he was taken from the arena.

The 27-year-old Sabourin posted a photo to his Instagram on Sunday morning of him laying in a hospital bed while smiling with a chipped tooth, a black eye and a few cuts around his face.

“Thanks for all the well wishes. Hope to be back out on the ice in the near future,” Sabourin wrote with the post.

After colliding with Backes, Sabourin fell to the ice and appeared to be unconscious. There was a large blood spot on the ice under his face.

Backes went to the dressing after Sabourin was taken from the ice and didn’t return. The Bruins announced that Backes had an upper-body injury. He was visibly upset, fighting back tears, as medical personnel attended to Sabourin.

Sabourin, of Orleans, Ont., has played in 11 career NHL games, all this season, with one goal and one assist.

This report by The Canadian Press was first published Nov. 3, 2019.