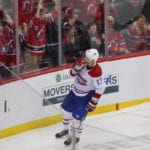 Looking at some trade candidates for the Anaheim Ducks

Eric Stephens of The Athletic: Looking at some potential trade candidates for the Anaheim Ducks.

They have backup goaltender Ryan Miller who is a pending UFA. (He does have some trade control)

29-year old forward Derek Grant could get some interest for a team looking for penalty killing help. Has a career high 13 goals this season.

Both Nick Ritchie and Ondrej Kase have a year left on their deals.

29-year old defenseman Michael Del Zotto might get some interest.

“It is what it is. You got to look at it as every game is either a showcase for your team or another one,” Del Zotto said. “Whether it’s the team you’re on trying to retain you or team trying to move for you. Every game you got to prove you belong in the league and you belong on the ice every single night.”

Kovalchuk might be worth the draft pick for the Bruins

Jimmy Murphy of Boston Hockey Now: Eric Engles on ‘Bruins Craic’ podcast said that Ilya Kovalchuk might be worth the Boston Bruins giving up a second-round pick for. He would provide some insurance if David Pastrnak suffers an injury.

Ryan S. Clark of The Athletic: The Colorado Avalanche have $31.4 million in projected salary cap space.

It’s believed they could be looking to add a second-pairing defenseman and a middle-six forward.

Teams will be looking at the Avs prospects and eyeing Bowen Byram, Alex Newhook, and Connor Timmins. It would have to be a high-end player for that to even be considered.

Avs GM Joe Sakic won’t move top prospects and/or a first-round pick for a rental player. They would consider their next tier of prospects and other draft picks.