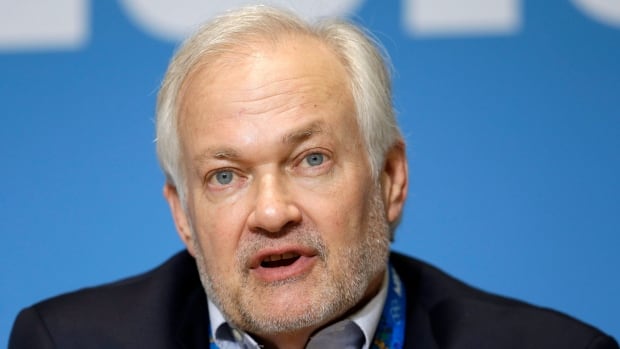 Don Fehr’s phone has been glued to the side of his head since the COVID-19 outbreak brought sports, and much of society, to a screeching halt.

And when it isn’t at his ear, the executive director of the NHL Players’ Association has probably just switched to the speaker function.

“There are a million little details to talk about,” Fehr said over the weekend. “Lots of players have questions, their agents have questions, we’re talking to the NHL, we talk to our to our own doctors. It’s a really, really busy time.

“The overarching circumstances seem to change a lot.”

The NHL, along with most leagues and tours, paused its season earlier this month in response to the novel coronavirus pandemic that’s swept across the globe.

Since that both stunning and necessary move, Fehr and senior NHLPA staff have been holding update calls with hundreds of players to answer whatever they can.

“It’s been, ‘What’s going on? If I want to speak to doctors, who do I speak to? Do you have any idea how long this is going to last? Do you have any idea when we might be able to get access to rinks simply to do some sort of generalized conditional skating?”‘ Fehr said in a phone interview with The Canadian Press. “Their primary concern is for the health and safety of their families. Their [other] concerns are how we best prepare ourselves for the wide range of contingencies which might arise.”

‘Coming to grips with events’

The Ottawa Senators announced Saturday a second player had tested positive for COVID-19, bringing the total number in the NHL to two.

Both were part of the team’s recent California road trip that included games in San Jose, Anaheim and Los Angeles. Ottawa played the Sharks at SAP Center on March 7 despite a recommendation by the county to not hold large public gatherings.

Fehr said he’s not in a position at this point to second-guess if holding that game, and two subsequent contests, was the right call.

“We’re still coming to grips with events,” he said. “When this is all over, we can go back and look and see if, in light of hindsight, we would have made different decisions or whether based upon the available evidence they were the best decisions.

“We also don’t know whether [Ottawa’s game in San Jose] had anything to do with those [positive tests].”

Montreal Canadiens captain Shea Weber is helping to get the word out to Quebecers 70 years of age and over to respect the public health advisories regarding COVID-19. 1:10

Fehr said apart from health and safety being paramount, there are a number of other issues that will need to be tackled whenever government officials give the all-clear to proceed, which as of now would come no earlier than mid-May.

The Stanley Cup has been awarded every year since 1893, save for 1919 because of the Spanish flu outbreak, and 2005 when a lockout led to the cancellation of the entire campaign.

“I don’t have answers to a lot of [the questions] yet, but they’re all important things.”

Fehr agreed with NHL deputy commissioner Bill Daly, who spoke to The Canadian Press last week, that the league’s salary cap won’t necessarily be tied to hockey-related revenue — which will take a significant hit the longer the current situation drags on — and could be artificially inflated.

“Once we see what the lay of the land looks going forward, we’re going to have to consider what the cap should be,” Fehr said. “You make the best judgments you can.”

Fehr added he’s encouraged by the many iterations already floated with regards to how a season reboot might look, including some from the players.

“People are concerned and they’re interested,” he said. “Where I would expect that to get serious is when we get to the point where public health authorities say, ‘OK, you can do this, whatever this is, on this date.’

“Then you’ll be able to zero in and say, ‘What makes sense from here on in, in terms of what we do?”‘

Fehr started in sports labour with baseball’s players’ association in the 1970s, eventually rising to executive director in the mid-1980s through 2009.

He took owners to court over collusion and led the union through a strike that resulted in the cancellation of the 1994 World Series.

“I’ve seen a lot in my career, but nothing like this,” Fehr said. “This is so far outside the realm of our experience. It’s difficult to wrap your arms around.”

And while NHL players remain his primary focus, he’s also concerned for workers across society as the economy grinds to a halt.

“It isn’t going to be pretty,” Fehr said. “If you look at some of the preliminary numbers of layoffs and lost jobs, potential closures of small businesses and all the rest of it, they’re pretty stark. They get your attention right away.

“There’s going to have to be a real effort made to put things back to normal — or as close to normal or on the road to normal — as you can get.”

One day, and it’s a priority far down the list in a world turned upside down, that’ll include a return to the ice.