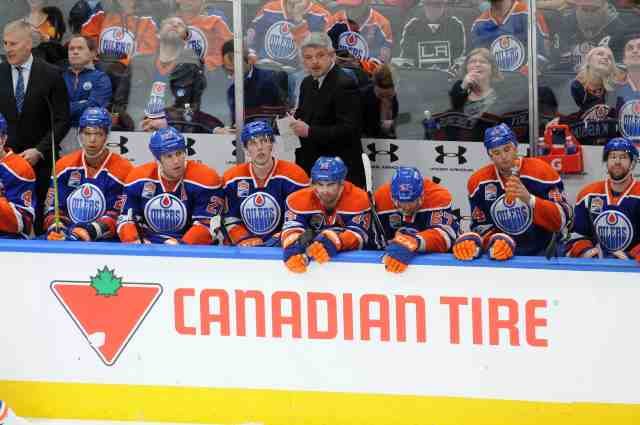 McLellan making his way to LA

Bob McKenzie: Todd McLellan isn’t a candidate for the Buffalo Sabres head coaching position any more. The sides talked but no offer was never finalized. McLellan is expected to be named the next coach of the Los Angeles Kings.

John Shannon: McLellan is expected to be in Los Angeles next week.

Flyers want to talk to Vigneault

Sam Carchidi: Philadelphia Flyers GM Chuck Fletcher said that there is no timetable to name a new head coach, but he did say that it would be “well before” the draft in June.

Elliotte Friedman: Heard that the Flyers have permission to speak with Alain Vigneault about their head coaching position.

Krueger back on the NHL radar?

Jim Matheson: Any team that is looking for a head coach or a high position should consider Krueger. He can coach, manage or be a president.

Kurt Leavins: Having a combination of Krueger and Keith Gretzky would be good for the Edmonton Oilers.

Caufield opted for surgery with Habs out of playoff race
NHL Rumors: What to do with Andrei Kuzmenko?
Blue Jackets claim Pederson off waivers
2023 PHF All-Star Game: Stars to watch, what to know about the new format
NHL Rumors: Blues, Maple Leafs, Hurricanes, Kraken, Canucks