Game 7 in Boston is not a comfortable position for long-suffering Leafs fans.

They’ve been here before, and they’ll be there again after the Bruins’ impressive 4-2 win in Toronto on Sunday forced another Game 7 between the storied franchises. It will be the third since 2013.

The Maple Leafs and their fans need not be reminded how the previous two pressure-packed games played out. Toronto endured embarrassing come-from-behind defeats on both occasions.

It has been a wild, wacky opening round in the NHL playoffs and the unpredictable Maple Leafs-Bruins series has certainly played its part. No team has been able to win back-to-back games. Each team has won at home only once.

Boston rebounded on the road to beat Toronto 4-2, keeping their season alive and forcing a Game 7 on Tuesday back at TD Garden. 2:12

Whether or not the Standell‘s Dirty Water — the Bruins’ victory song — will blare over the sound system at TD Garden on Tuesday evening is anyone’s guess.

The Bruins were the second-best home team in the regular season behind the Tampa Bay Lightning. But we all know how the first round worked out for the Presidents’ Trophy winners.

The Game 6 outcome was much more than the Bruins winning the special teams battle. The Bruins scored two power-play goals while holding the Maple Leafs to 0-for-3 with the man-advantage.

Toronto started well with a strong early power play that resulted in a couple of near misses and a post. It was something the Maple Leafs built on, as defenceman Morgan Rielly fired a hard 57-foot shot for his first goal of the series.

But the one-goal lead didn’t last long. Boston’s Brad Marchand lassoed a loose puck off a face-off to the right of the Toronto goal to make it 1-1. The Bruins took the lead for good when blue-liner Torey Krug scored his team’s second power-play goal of the game later in the first period. Jake DeBrusk inflated Boston’s lead to 3-1 midway through the middle frame. 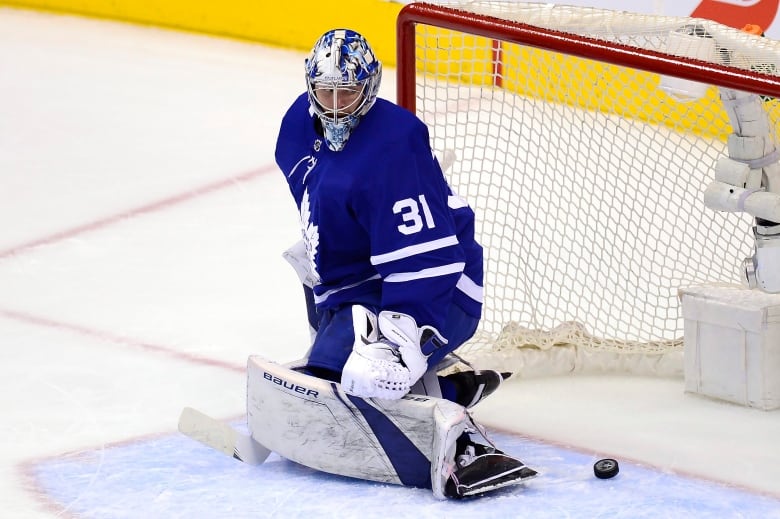 Auston Matthews gave Toronto life in the third period with his fifth of the series, but Marchand scored his second of the game into an empty net to close the deal.

They stopped over-passing as they did in Game 5. They shot more. They stopped worrying about the Leafs’ stretch passes. Bergeron was a force at the face-off dot, winning 17 of 23 draws.

Leafs not up to task

Meanwhile, Toronto played tightly, especially after Marchand’s first goal. If not for goalie Frederik Andersen and his 37 saves, the final score would have been worse. It was the Bruins’ best game of the series — two days after the Maple Leafs enjoyed their best outing.

After a brilliant display of patient, winning hockey in Game 5, mistakes crept back into Toronto’s game. Tyler Ennis’ and Travis Dermott’s undisciplined penalties in the first period were turned into Boston goals.

Mitch Marner was caught cheating off the face-off that left Marchand open for his first. Rielly’s risky pinch resulted in the DeBrusk goal.

There will be criticism for the lack of production from the Maple Leafs third line of William Nylander, Patrick Marleau and Connor Brown. They haven’t scored since Nylander’s in the series opener. But Marner, John Tavares and Zach Hyman have combined for just one goal in the last five games.

The heat is on all of these players. But no one faces more pressure than Leafs head coach Mike Babcock. He hasn’t won a playoff round since 2013, and dating back to his days in Detroit, he’s now 0-for-4 in potential series-clinching games.

Babcock will need a consistent effort from every skater on Tuesday as well as one more massive effort from Andersen.

It’s been 15 long years since the Maple Leafs won a playoff series. Only Patrick Marleau and Ron Hainsey were in the league back in 2004 when Leafs centre Joe Nieuwendyk scored twice in the opening period against an overmatched Ottawa Senators goalie Patrick Lalime in Game 7.

It will be another long summer if the Maple Leafs waste their opportunity on Tuesday.