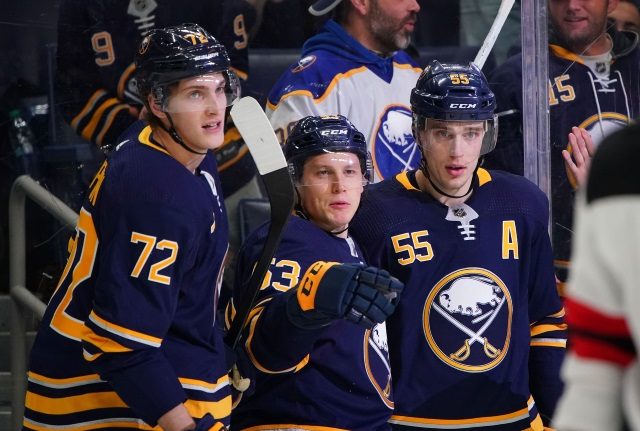 Skinner and Sabres to talk again in early June

John Vogl: Jeff Skinner’s agent said that it is still too early to say that the Sabres hiring Ralph Krueger will mean that Skinner will remain in Buffalo.

Lance Lysowski of Buffalo News: Buffalo Sabres GM Jason Botterill said that he had been talking with Jeff Skinner during their coaching search as who they hired would play a part on if he’d remain in Buffalo.

“If you’re going to sign a long-term contract with an organization, you kind of want to know who the head coach is,” Botterill said. “So we’ve kept in dialogue with Jeff and certainly made him aware of who we were going to name here as head coach today just as we did with a lot of our leadership group. But yeah, just as it’s important next week for Ralph to touch base with Jack and Sam over at the world championships, it’s going to be very important for him to build a new relationship with Jeff and make sure that he feels comfortable with what our plan is moving forward here both as a team, as an organization but where we see Jeff fitting into the mix.”

Skinner and the Sabres are expected to have more contract talks after the scouting combine that takes place on May 31st and June 1st.

To trade or keep Ristolainen?

Will Ristolainen reach his potential under his fifth head coach or does GM Jason Botterill see if he can trade him for a top-six forward?

“I’ll tell you what will happen the minute you trade Rasmus Ristolainen: you’ll be looking for a player like Rasmus Ristolainen,” TSN analyst Craig Button, a former NHL general manager, said during a phone interview. “You’re going to go try to replace a top-three defenseman that can do a lot of different things with a winger?

“That winger better be an elite winger then because that’s the only justification I would have for making it.”

Ristolainen had been linked to the Tampa Bay Lightning.

During the Sabres coaching search, they had been asking candidates how they would help Ristolainen out according to an Elliotte Friedman report.