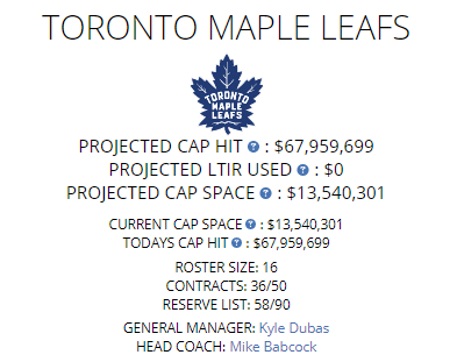 Bob McKenzie: The Toronto Maple Leafs basically have a contract extension agreement in place for forward Kasperi Kapanen. It likely only be formalized until the Mitch Marner situation is resolved.

Darren Dreger: The Maple Leafs are closing in on a contract extension for forward Andreas Johnsson.