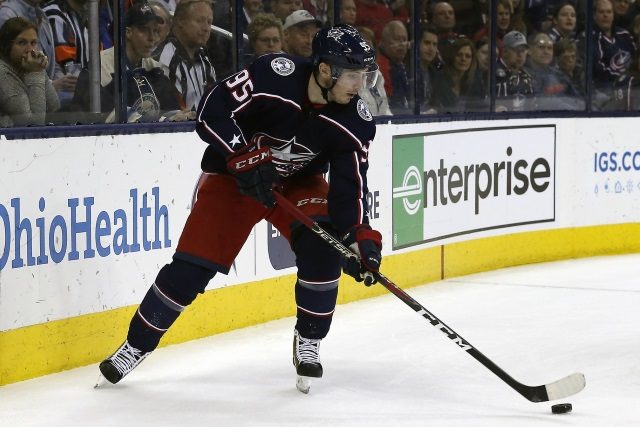 Predators will be signing Duchene

Chris Johnston: Sounding like Matt Duchene will be signing with the Nashville Predators at around $8 million a season.

Panthers will be signing Bobrovsky

Andy Strickland: The Florida Panthers will be signing goaltender Sergei Bobrosky to a deal around $10 million a season.

David Pagnotta: Hearing that Bobrovsky could be signing a seven-year deal at around $9.5 million with the Panthers. Unconfirmed but hearing it.

Panthers will be signing Connolly

Bob Stauffer: Wouldn’t be a surprise if Brett Connolly signed with the Florida Panthers. It could be a four-year deal.

Andy Strickland: Have heard it could be a four-year deal at around $3.5 million AAV for Connolly in Florida.

Pierre LeBrun: Hearing four-years at around $3.5 million per for Connolly.

Stars will be signing Pavelski

David Pagnotta: It’s looking like the Dallas Stars are going to be signing forward Joe Pavelski to the three-year contract with an AAV at around $7 million per season.

Darren Dreger: The Dallas Stars are hoping to add two veteran forwards tomorrow. Pavelski is expected to sign. Corey Perry could also be an option for the Stars.

Kevin Kurz: “For the Pavelski fans just tuning in — this is all about the Sharks lack of salary cap space. The Karlsson deal, and the uncertainty on Timo Meier’s next contract, made it impossible for the Sharks to give Pavelski a competitive offer. In fact, the two sides were never even close”

Maple Leafs will be signing Agostino

Bob McKenzie: Confirming Dater and the two-year deal for Agostino. He’ll get close to the league minimum $700,000.

Red Wings will be signing Pickard

Frank Seravalli: The Detroit Red Wings will be signing a goaltender Calvin Pickard two-year deal. Will compete with Jonathan Bernier for the backup position.

Devils Need a Healthy Hamilton for the 2022-23 Season
Unbeaten Canadians say complacency isn’t an issue ahead of game against Finland
3 Takeaways From Sweden’s 6-0 Win vs. Austria
Canada finishes preliminary round undefeated, top of group with win over Finland at world juniors
18 Canadian hockey women from Olympic championship team return for upcoming worlds