The happiest person on Monday, after the NHL Players’ Association announced it wasn’t reopening the current collective bargaining agreement, wasn’t a fan or a player or an owner or a writer, although we all experienced varying degrees of elation at the previously foreign concept of labor peace in the NHL.

No, the happiest person was NHL commissioner Gary Bettman.

The NHLPA blinked. Its decision not to reopen the CBA, which would have moved up its expiration date to September 2020 and accelerated the timeline for negotiations, confirms two things for the commissioner: The owners’ fat-and-happy approach to this negotiation has been accepted by players who are content to play within the current system, in lieu of a larger labor war to tear it down; and the NHLPA has absolutely no appetite to go on the offensive for a battle that would end in a work stoppage.

It’s entirely possible, for one of the only times in Bettman’s 25-plus-year tenure with the NHL, we might get a new collective bargaining agreement without an all-out labor war.

At least, the rank and file doesn’t want such a war. The leadership is another story. Obviously, Bettman never met a player he couldn’t lock out. Sources tell ESPN, however, that the NHLPA’s executive leadership favored reopening the CBA, but knew there wasn’t enough support among the membership to do so.

Reopening was always going to be a hard sell. The owners are making money. The players are making money. The league has momentum. The talks between the sides have been amicable. That’s primarily because the owners aren’t picking a fight this round. They don’t have a banner issue to carry into a labor war like in 2004-05, when a season was lost in the name of a salary cap; or in 2011-12, when the revenue split with players was the primary issue.

Without that hard line to hold, the owners opted not to reopen the CBA earlier this month. This shifted the pressure to the players to do the same, or else face an inevitable backlash from fans wondering why the one time Gary Bettman offered an olive branch in labor talks, the players turned it into kindling.

The players feared that reaction, but primarily they feared retribution from the NHL for reopening the CBA. According to NHLPA sources, the players were concerned that moving up the expiration date would turn these amicable talks into something far more contentious. Nothing shatters labor peace faster than one side going on the offensive. “[The players] didn’t want to poke the bear right now,” as another source put it.

Many of us assumed they’d get their poke on. For the last year, there was speculation that the labor talks would follow this timeline: The players opt out, the owners make a CBA offer, the players refuse to sign that offer, and then the owners lock them out before the 2020 season.

What that theory didn’t anticipate: several weeks of encouraging talks, and the influential players in the NHLPA — those veterans aged 30-33 — balking at the prospect of a work stoppage.

So the NHLPA chose the path of least resistance. For some, that’s the worst path to take. One industry executive with knowledge of the negotiations told us Monday that the players’ decision was “an act of f—ing cowardice” from a labor relations standpoint. That there was a deal to fight for now, and waiting until the CBA’s natural expiration in 2022 wouldn’t improve it.

Others we spoke to felt the NHLPA’s decision has some potential tactical benefits. The decision not to reopen the CBA puts the emphasis on three key dates:

The first two dates are important to the NHLPA in its attempt to solve the biggest problem it has under the current CBA: escrow, that percentage of a player’s salary withheld every season to cover potential revenue shortfalls for the owners. If there’s a financial windfall, it could help lessen that burden.

During the talks between the NHLPA and the NHL, there has been a number of different options on the table for tackling escrow, in the short term and the long term. There was discussion of a 7.5 percent cap on escrow, as well as a $5 million per team cap on escrow. There has been talk about artificially decreasing the salary cap to a smaller percentage of the league’s projected revenue, with players going from owing escrow to getting a “bonus check” if the league hits its projections. There was also talk about an incremental increase to the salary cap of $2 million per season, eliminating the uncertainty about the cap ceiling that many felt adversely affected the transaction market this offseason.

The NHLPA warns that hard numbers can change and concepts can be fluid. But there’s plenty on the table, and the Scrooge McDuck money bin that is Seattle and the next U.S. TV rights deal will influence them.

As for the Olympics, the NHLPA’s decision not to reopen the CBA effectively lessens its impact on negotiations. The Olympics and the World Cup of Hockey — which the NHLPA pitched as an in-season event in February 2021, with the NHL having come around to the idea — become a side deal now, since they’ll both be in the books before the CBA expires. (Besides, there’s a sense that the International Olympic Committee’s concessions, rather than the NHLPA’s, will ultimately determine if the players participate in the Beijing Games.)

Buying time does have its benefits, but it also has its drawbacks. There’s real concern, from some players and agents we’ve spoken to, that the NHL now has little incentive to hammer out a deal without the ticking clock toward a potential work stoppage.

“They’ll come to the table, but won’t get serious for two and a half years,” said one source. 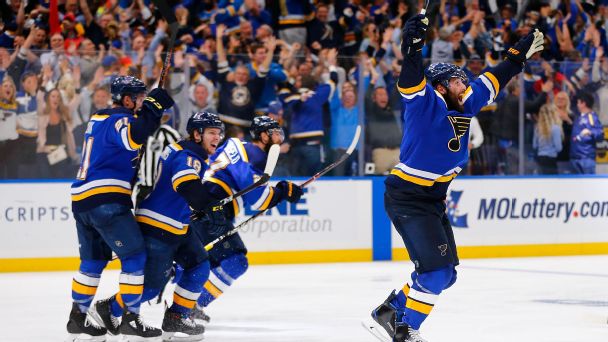 • The All-Decade Team for all 31 clubs »
• How the NHL has changed in the past 10 years »
• Predicting the NHL’s latest ‘lottery ticket’ contracts »
• ‘The new normal’: Why fighting in the NHL has dropped to historic lows »

Which is to say this is very much still a work in progress. The NHLPA shot down any notion that the decision not to reopen was in any way tied to a pending or possible CBA deal. That said, it characterizes the talks as having “measured optimism.” Without the owners looking for a fight, there’s reason to believe a new CBA deal could be struck in the coming months — there has been speculation that an extension through 2025 or 2026 is possible.

But again, that optimism only goes as far as Bettman and the owners will allow it. Today’s amicable discussions could become tomorrow’s animus. Maybe the players push too hard on redefinition of hockey-related revenue. Maybe the owners decide to put contract term length restrictions on the table.

The NHLPA has taken what it believes is a leap of good faith here. At best, this temporary truce produces a new collective bargaining agreement before the current one expires officially. At worst, the fight gets kicked down the road three years, and enough progress is made that things don’t go nuclear.

At this point, Bettman has to be confident that the players aren’t playing with plutonium. Their decision not to reopen the CBA shows an appetite for the status quo — with the necessary changes to escrow, international hockey participation and other tweaks — and an apathy toward the mutually assured destruction of labor war.

Rather than war, Bettman said there was the opportunity for “a continued, sustained period of labor peace.”

The owners are happy. The players are happy enough not go on the attack. But opting not to reopen the CBA now shows that, more than anything, they’re fearful about what would happen if they did.

Which must make Gary Bettman a happy man.