Canada clinched first place in its pool and a quarter-final matchup against the Czech Republic with a 4-1 win over Finland at the world junior hockey championship in Edmonton on Thursday.

Dylan Cozens scored twice, including an empty-net goal, for a Canadian team that went undefeated in four games in the preliminary round.

Canadian goaltender Devon Levi stopped 18-of-19 shots for his fourth win of the tournament.

Karri Piiroinen, who played for the Ontario Hockey League’s Windsor Spitfires last season, had 36 saves in the loss.

The top four teams in each pool advance to the quarter-finals, where Canada will play the Czechs, the No. 4 seed in Pool B, on Saturday.

Finland’s opponent will be decided by the outcome of Sweden versus the United States later Thursday.

The semifinals are Monday followed by Tuesday’s medal games at Rogers Place.

Canada and Finland cruised through the preliminary round with three straight wins apiece and outscored their opposition a combined 44-7.

At stake Thursday was not only the top seed in the pool, but also avoiding a tougher quarter-final opponent.

Canada’s relentless forecheck hemmed the Finns in their own zone for long stretches over the first 40 minutes.

A glaring gap in Canada’s game, however, was an 0-for-5 power play.

The Finns pulled Piiroinen for an extra attacker with over two minutes to play in regulation. 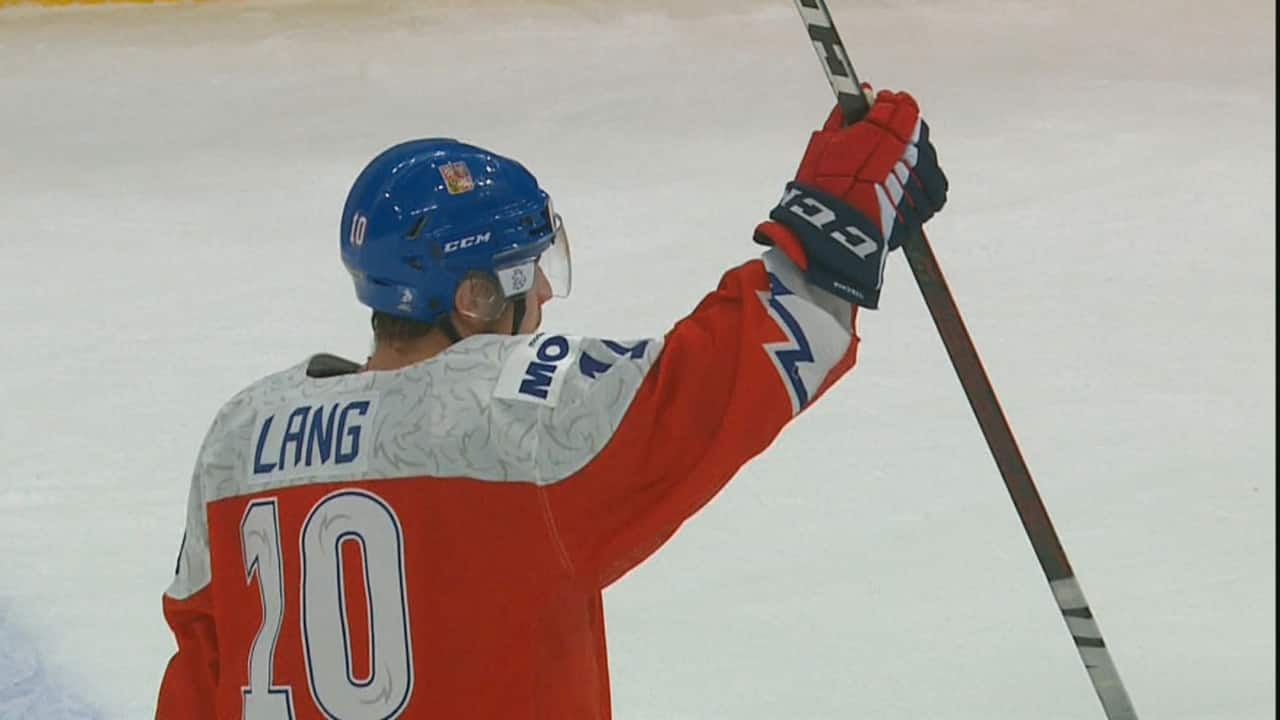 Martin Lang scored twice in the second period and the Czech Republic shut out Austria 7-0 at the world junior championship. 0:28

Cozens battled for the puck on Canada’s blue line and in the neutral zone to get a shot away for an empty-netter.

Lambert, a Finn with a Canadian father, scored at 5:05 of the third period on his team’s lone power-play chance of the game.

Lambert’s shot deflected off the stick of Canadian defenceman Thomas Harley and by Levi’s glove.

Krebs collected his third goal of the tournament shovelling a backhand between his legs and under Piiroinen at 12:58 of the second period.

Canada led 2-0 at 6:54 when Jakob Pelletier’s shot from the slot deflected off Holloway’s leg and under Pirroinen’s pads.

Finland lost defenceman Ville Heinola in the third period when the Winnipeg Jets draft pick blocked a shot with his hand and went to the dressing room.

Canada’s Alex Newhook also left the game and didn’t return. The forward was checked hard by Eemil Viro in the first period and suffered what looked like a shoulder injury.

It was all Canada in the opening period with hard pace and pressure in Finland’s zone and a 17-1 margin in shots, but just a one-goal lead heading into the second.

The Finns held Canada scoreless on a pair of power-play chances in the first.

Cozens, a Buffalo Sabres prospect, scored at 3:49 after forcing a turnover on Canada’s blue line.

Canada’s co-captain skated the puck into the zone on an odd-man rush with Connor McMichael and beat Piironen’s blocker with a snapshot.

Either Canada or Finland has won gold in six of the last seven world junior tournaments.

Finland claimed the title two years ago in Vancouver, where Canada fell to the Finns 2-1 in overtime in a quarterfinal.