One image served as goalie Devon Levi’s driving force as he and the other Canadian players waited out quarantine in their hotel rooms — playing for gold at the world junior hockey championship.

Now the image is coming into focus.

After beating Russia 5-0 in semifinal action on Monday, Canada will look to defend its title on Tuesday.

“The picture of [playing for gold] has been probably our driving force since we got here,” Levi said on a video call after Monday’s win. “We’ve put in a lot to this. It’s a great feeling that we’re here and that we got here. But the job’s not done yet.”

The tilt between Canada and Russia on Monday was a rematch of last year’s gold-medal game, which saw the Canadians claw their way back from a deficit for a dramatic 4-3 win. 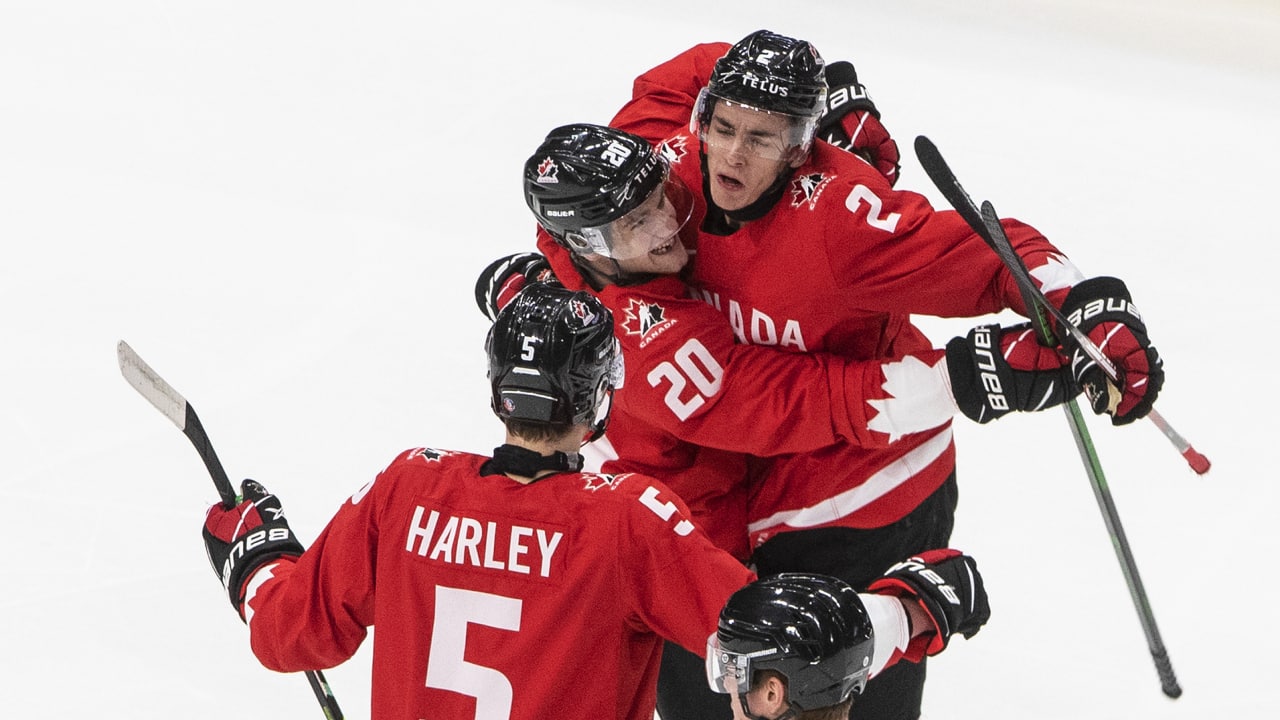 Braden Schneider scored in the second period of Canada’s 5-0 semifinal win over Russia at the world junior hockey championship. 0:25

The tension was lower this year, however, with Canada dominating the Russians from the start.

Alex Newhook returned from injury to put the host country on the board just 59 seconds into the game.

There were fears that the Colorado Avalanche prospect from Corner Brook, N.L., would not return to the tournament after suffering an upper-body injury in Canada’s final preliminary-round game against Finland on New Year’s Eve.

He missed Saturday’s quarterfinal game against the Czech Republic but looked healthy on Monday when he scored his third goal of the tournament on his first shift of the game.

Newhook’s shot hit the back bar of the Russian net and popped back out before anyone registered the goal. Play continued until the goal horn was sounded and officials reviewed the video as Newhook’s teammates congratulated him on the bench.

“I had no idea. I thought it was straight crossbar and out,” Newhook said. “But seeing the video after was a good feeling, for sure.”

Connor McMichael, Cole Perfetti and Braden Schneider added goals for the defending champs, and Dylan Cozens sealed the result with an empty netter.

Cozens, the 19-year-old from Whitehorse, Yukon, also had two assists in the game. With 16 points (eight goals, eight assists), he leads the tournament in scoring.

Russian goaltender Yaroslav Askarov struggled to hang on to his stick at times and stopped 30-of-34 shots.

Levi had 28 saves to collect his third shutout of the tournament, tying a record set by Canada’s Justin Pogge in 2006.

But the young netminder isn’t focused on getting his name in the record books.

“It’s something to maybe look at after the tournament, but the job’s not done yet,” Levi said.

One shot did get past Levi on Monday.

Russia got on the board with less than three minutes to go in the second period only to have its goal disallowed.

Canadian defenceman Justin Barron got tangled with Levi on a Russian power play, preventing the goaltender from getting all the way across the net in time to stop a shot from Mikhail Abramov.

The Russians celebrated but Canada quickly challenged the call for an offside zone entry. Upon review, the officials agreed, waving off the goal.

Scoring on the opportunity could have changed the game, said Russia’s coach Igor Larionov.

“Nothing you can do. That’s the rule,” he said.

The Russians simply didn’t have enough energy and power to create the odd-man rushes they needed to topple the Canadians, Larionov said.

“Team Canada played a good, solid game. They were solid defensively and very efficient offensively, too,” he said.

Canada was set learn its opponent for the gold-medal match later on Monday. The United States was facing Finland in the other semifinal game. 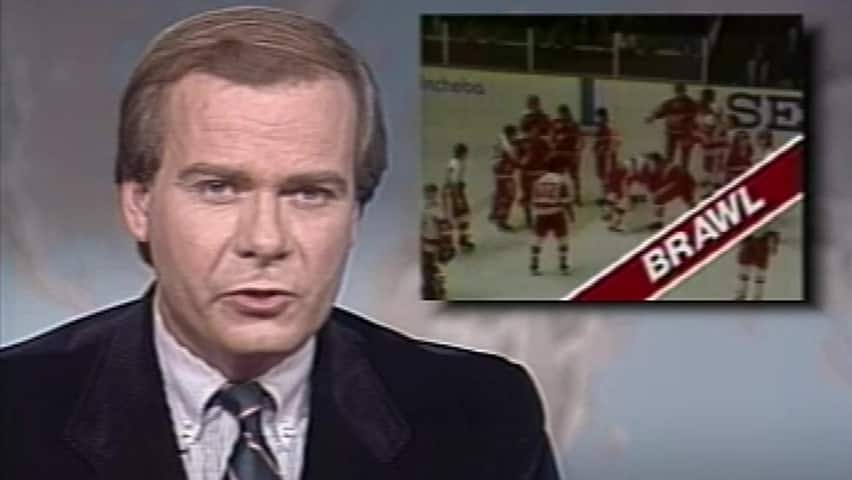 Junior hockey teams from Canada and the Soviet Union are ejected for fighting in an international tournament. 1:47

Since coming together for selection camp way back in mid-November, Tourigny has been telling his players that they need to be ready for adversity.

That mindset has helped them prepare for the challenge of fighting for gold, he said.

“The way the leaders and the player deal with adversity every time there’s adversity, that’s what’s made the difference to me,” Tourigny said.

“It’s a really tough tournament, there’s still a lot of hockey to be played here. Tomorrow will be a hell of a game.”