Brock Boeser scored twice, including the winner, as the Vancouver Canucks downed the Edmonton Oilers 5-3 on Wednesday in the 2020-21 NHL season opener for both teams.

Bo Horvat, Adam Gaudette, and rookie Nils Hoglander also scored for Vancouver. Braden Holtby made 28 saves for his first win as a Canuck.

It was a back and forth game in front of no fans and canned crowd noise at Rogers Place.

The Canucks won despite not having winger J.T. Miller in the lineup. Miller, their top scorer from last season, and depth defenceman Jordie Benn had to sit out as per COVID-19 protocol. 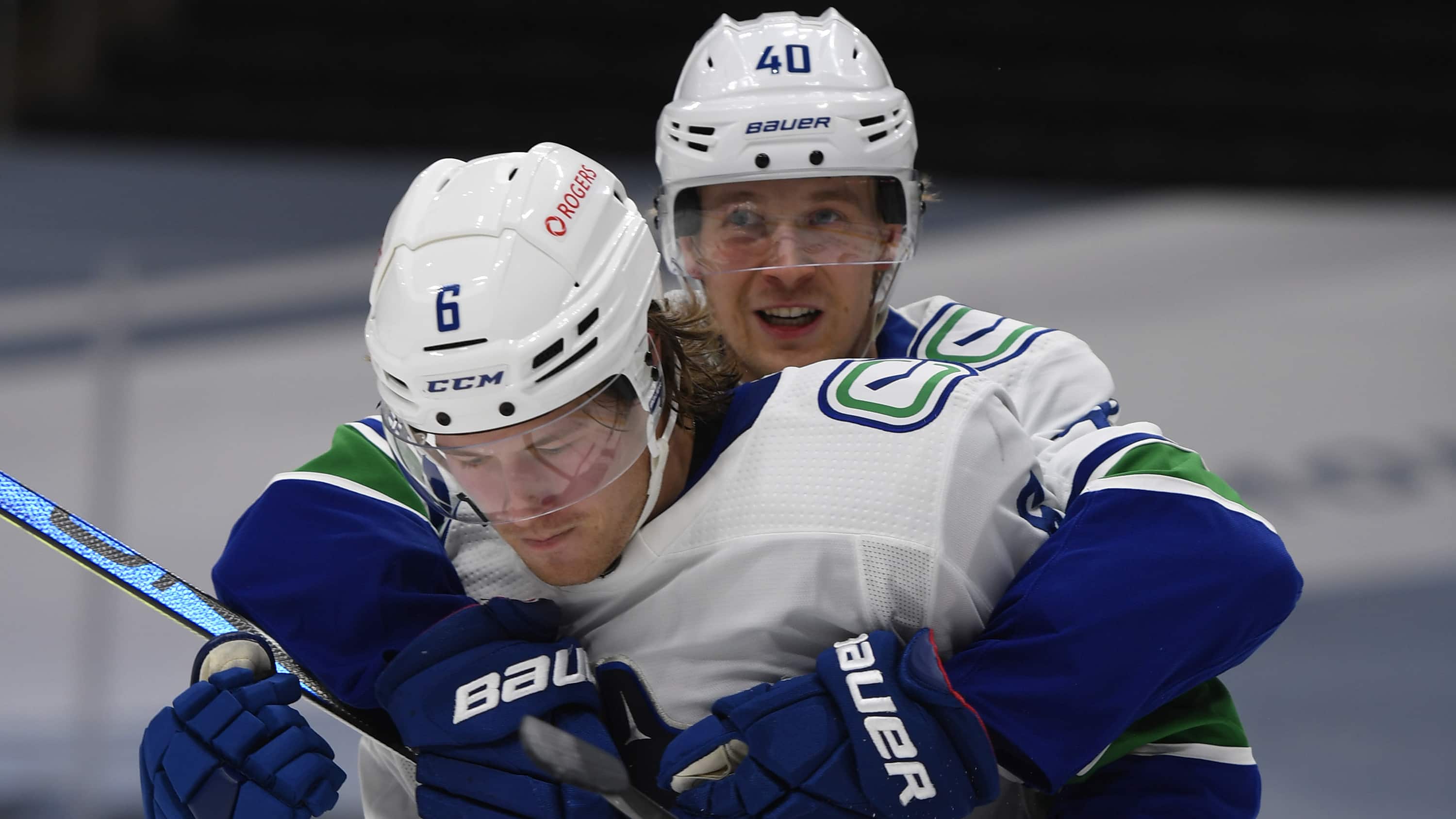 Oiler captain McDavid, playing on his 24th birthday, was held scoreless but buzzed around the net, driving on Holtby relentlessly and drawing multiple penalties.

Boeser scored twice in the third period to seal the win as the Canucks took advantage of numerous Oiler defensive breakdowns.

Vancouver opened the scoring with less than five minutes to play in the first period. Tanner Pearson, racing with the puck up the right wing, managed, just before getting hit by Oiler Zack Kassian at Edmonton’s blue line, to spin and put the puck on the tape of Horvat in the slot. Horvat skated in alone and shot the puck low stick side past Koskinen.

The Oilers tied the game early in the second. Draisaitl, off a turnover, fed the puck to Yamamoto who one-timed the puck from the slot into the top corner of the net. 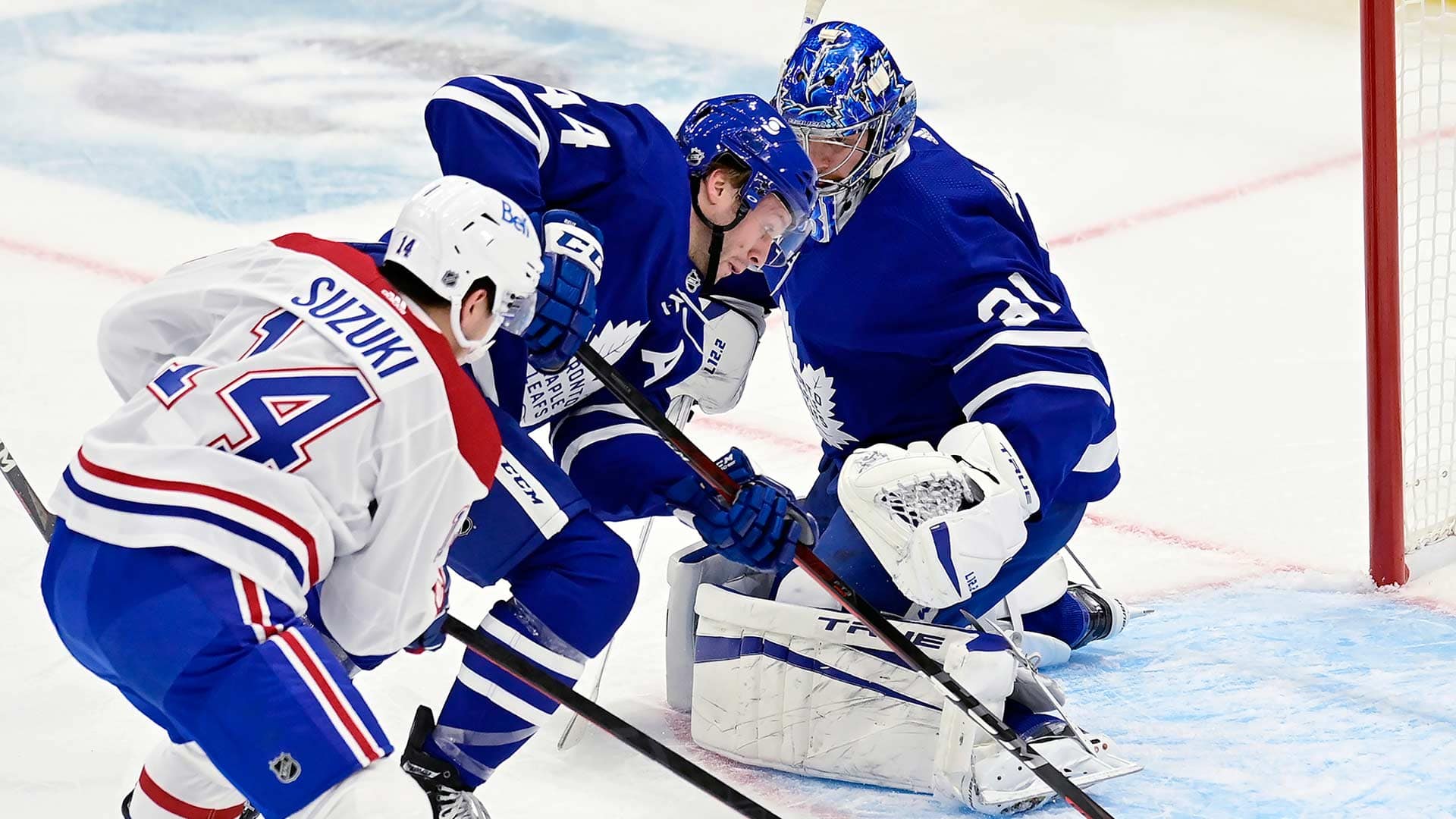 The NHL season returned to the ice on Wednesday with many questioning if it was the right decision amid rising COVID-19 cases. The league is hoping the season will go off without a hitch, as businesses that rely on the games are looking for ways to save their bottom line. 2:01

Hoglander, the Swedish rookie, put Vancouver up 2-1 with less than three minutes to go in the second, on a rebound after Edmonton failed to clear the puck out of its own end.

The goals came in bunches in the third period, starting with Nurse’s wrist shot from the face-off circle just 10 seconds in.

Gaudette then scored on a cross-ice feed from Antoine Roussel to make it 3-2.

Less than two minutes later, Quinn Hughes, down on the ice near the blue line managed to backhand the puck to an open Boeser in the slot, who fired low and in for a 4-2 lead.

Then Larsson fired a slapshot from the top of the face-off circle through traffic and in to cut the lead to 4-3.

Boeser then took a pass off the wall from Elias Pettersson to steam in on the right wing and fire the puck shortside over Koskinen’s shoulder.

Rob Pizzo identifies the key things to watch as the season begins. 1:54

The two teams play again in Edmonton Thursday night in what will be a 56-game regular-season sprint over 115 days. Due to cross-border COVID travel restrictions, the seven Canadian teams will play each other in the North Division.

Edmonton and Vancouver will play 10 times.

It was a return to familiar surroundings for both teams.