Mikyla Grant-Mentis scored the go-ahead goal at 4:56 of the third period, and the Toronto Six held on to edge the Boston Pride 2-1 on Tuesday in National Women’s Hockey League action.

It’s the first victory in franchise history for the expansion team.

Toronto (1-1-1) trailed 1-0 heading into the third before Brooke Boquist tied the game 3:31 into the period with a power-play goal 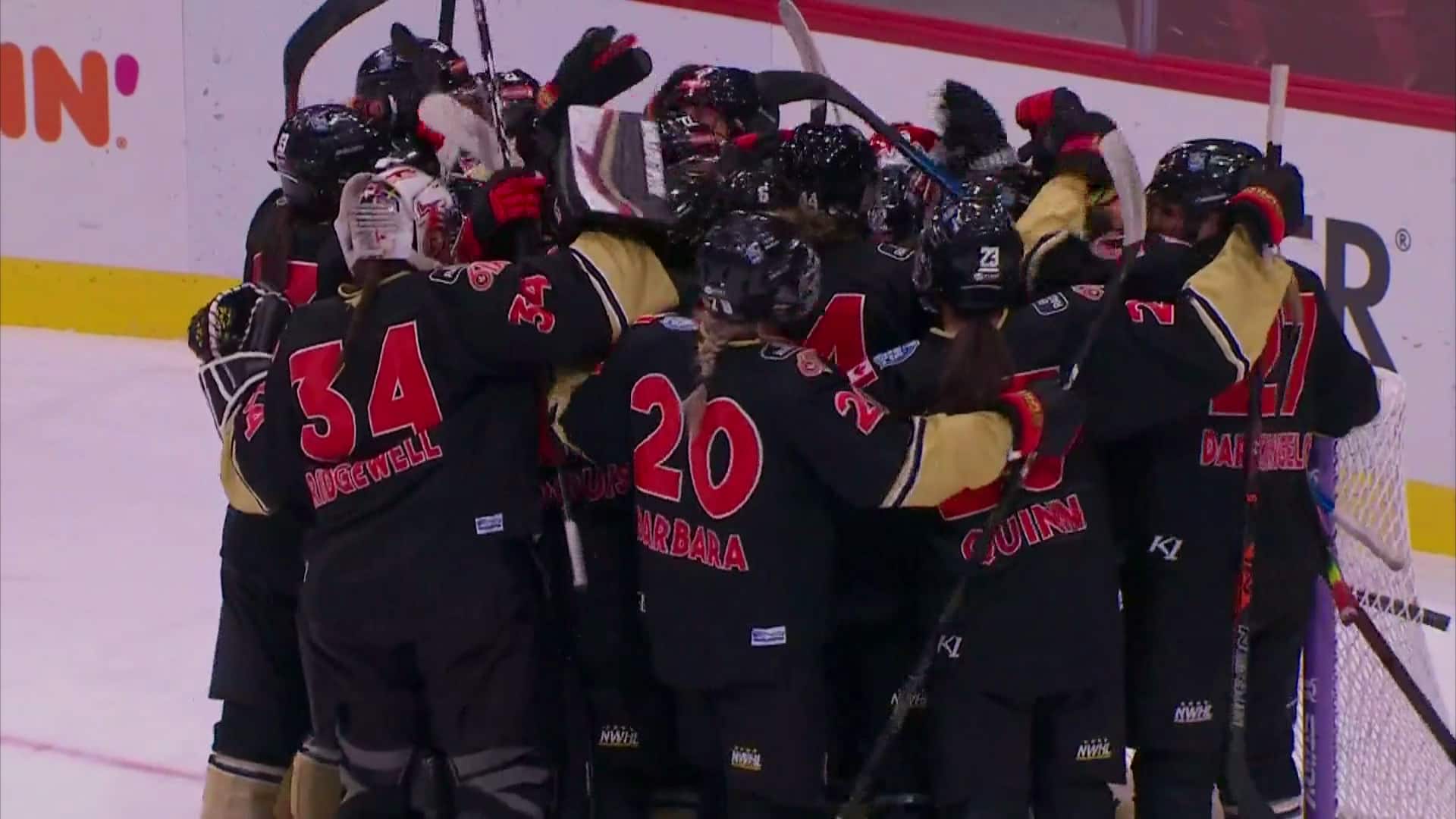 Toronto’s Mikyla Grant-Mentis netted the game-winning goal with fifteen minutes remaining in their 2-1 victory over Boston. 1:20

Elaine Chuli made 24 saves for the Six, while Boston’s Lovisa Selander stopped 36-of-38 shots.

Each of the six teams are set to plays five games in eight days followed by the playoffs, with the semifinals and final airing on NBCSN.

The semifinals are Feb. 4 and championship game is Feb. 5.

The NWHL didn’t crown a 2020 Isobel Cup champion in its fifth season because of the pandemic.

The majority of the Six roster is Canadian NCAA Division 1 alumni with some who also played in the defunct Canadian Women’s Hockey League.