Tyler Myers delivered the game-winning goal with just over five minutes left on the clock.

Brandon Sutter added some insurance for the Canucks (7-11-0) with an empty-net tally, and Quinn Hughes opened the scoring with a nifty play midway through the second period.

Flames goalie Jacob Markstrom stopped 43-of-45 on the night and Thatcher Demko had 18 saves for Vancouver. 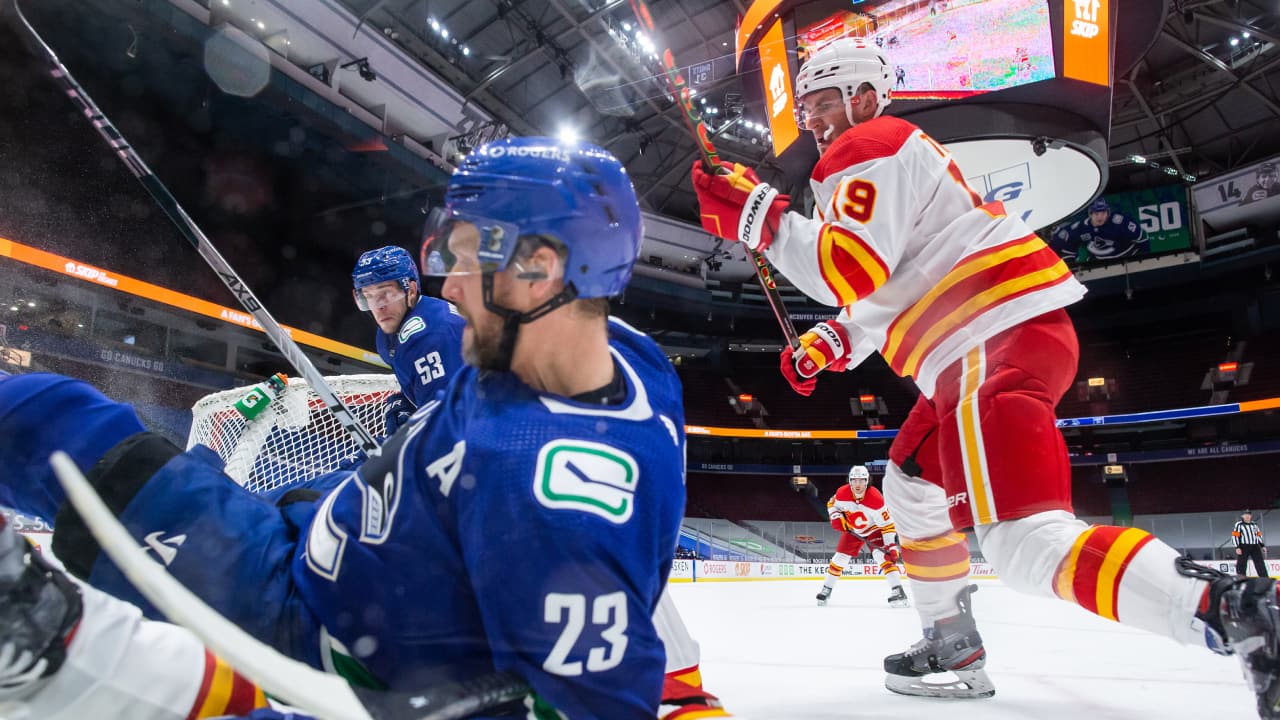 A great individual effort from Tyler Myers led to a 3-1 win for Vancouver. 1:05

Vancouver’s last win came against the Winnipeg Jets on Jan. 30. Canucks owner Francesco Aquilini said in a series of tweets Saturday that he supports general manager Jim Benning and coach Travis Green, despite the team’s dismal start to the season.

Sutter sealed the win with 1:23 to go in the game, delivering a long shot directly into the Calgary net 30 seconds after Markstrom was pulled in favour of an extra attacker.

Myers broke the 1-1 deadlock with just over five minutes left on the clock. The defenceman carried the puck along the wing before cutting to the middle of the offensive zone. He briefly lost control of the puck and regained it before turning and firing the puck past Markstrom to give his team a 2-1 lead.

Rob Pizzo catches you up on the week that was in the all-Canadian division in the NHL. 2:54

Vancouver dominated play through the first frame, peppering Markstrom with nine shots in the first eight minutes of the game and outshooting Calgary 20-4 across the period.

The Canucks kept the Flames hemmed in their own zone and didn’t allow Demko to be tested until 11 minutes in when he stopped a tip by Matthew Tkachuk.

Hughes finally beat Markstrom 9:27 into the second period on Vancouver’s 29th shot of the night.

The 21-year-old defenceman picked the puck off a Flames’ stick at the Calgary blue line and appeared poised to pass before releasing a bomb from the low hash marks. His second goal of the season put the Canucks up 1-0.

The lead held for less than two minutes, though, before Bennett responded for the Flames. He used a screen by Monahan down low to get snap shot from high in the slot past Demko and knot the score at 1-1.

The two sides will face off again in Vancouver on Monday.

Matthew Tkachuk has spent the season driving players crazy, but he is far from the first to do it. Rob Pizzo looks at 9 other players who got under their opponents skin. 2:03