At age 25, Leon Draisaitl is arguably the best pure passer in the National Hockey League and a 50-goal scorer. The Edmonton Oilers centre is the reigning Hart Trophy winner as the league’s most valuable player and holder of the Art Ross Trophy as the league’s top scorer last season.

But Draisaitl is not satisfied with gawdy stats, individual hardware, and a regular slot on the nightly highlights package. His sights are set on the Stanley Cup.

To that end, the 6-foot-2, 208-pounder checked into Rogers Place this season with a renewed commitment to defensive detail.

“We weren’t winning the last couple of years, and clearly something needed to change,” said Draisaitl, the first-round (third overall) pick of the Oilers in 2014. “I kind of took that upon myself.

“I take huge pride in defending and taking faceoffs and that kind of stuff. Obviously, our team needs that from every single player. I think that’s maybe been lacking from my side a little bit the last couple of years, and I wanted to make sure that’s not going to be the case this year.” 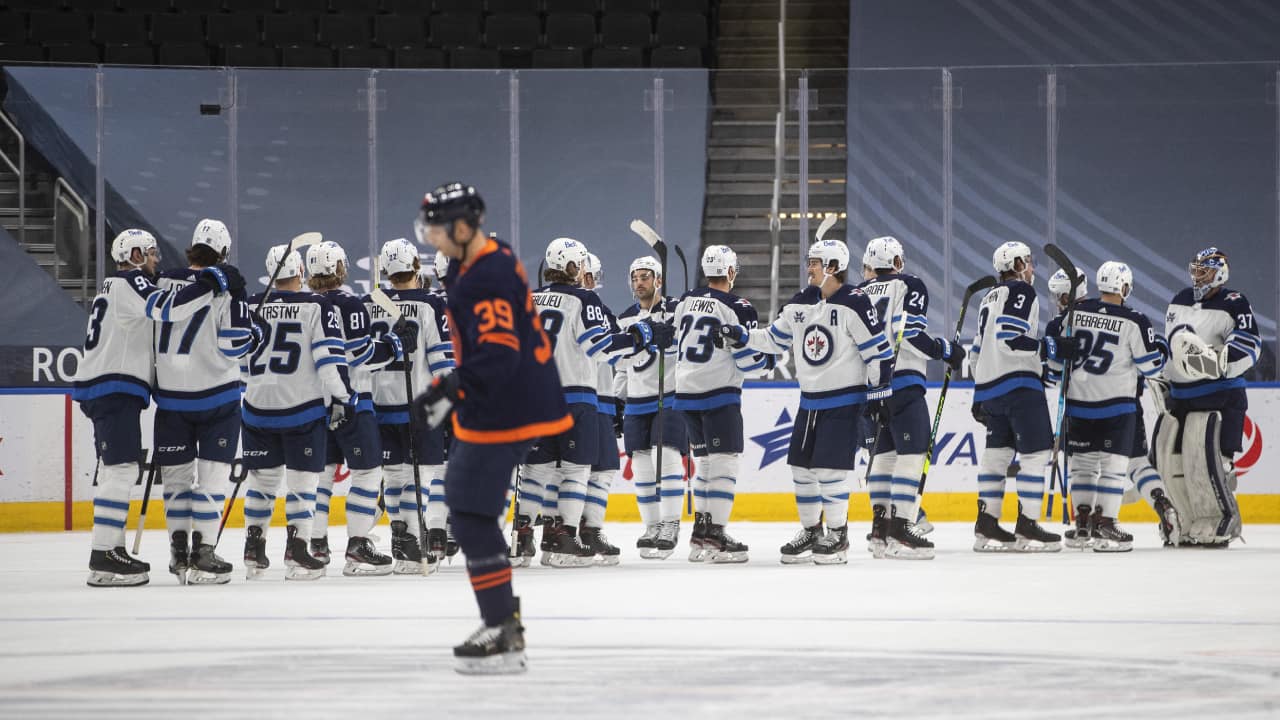 Blake Wheeler scored the 11th and final goal of Winnipeg’s 6-5 win over Edmonton. 0:56

So far, so good for Draisaitl — both with and without the puck. And defence is key for the Oilers, especially given the early inconsistency in net (head coach Dave Tippett yanked goalie Mike Smith Monday in the second period of a 6-5 loss to the Winnipeg Jets. The Oilers outshot the Jets 45-24.)

Through 17 games this season, Draisaitl (26 points) sits second in the NHL scoring race, behind only teammate Connor McDavid (30 points). Draisaitl leads the Oilers with a plus-11 rating. His faceoff percentage is an impressive 58.8.

“Everyone that’s in this organization wants to win,” Draisaitl said. “We’re all in the same boat, and we’re all looking to take steps forward.

WATCH | Rob Pizzo on the NHL’s biggest pests through the years:

Matthew Tkachuk has spent the season driving players crazy, but he is far from the first to do it. Rob Pizzo looks at 9 other players who got under their opponents skin. 2:03

“They’ve come back with a real intent on, not just themselves, but our whole team being better defensively,” Tippett said.  “They understand their role on the team — they take the lead role in the offensive part — but they also understand that to win in this league, you have to play a 200-foot game.

“They’ve both come back, and they have a mindset to help our team win — whether it’s offensively or defensively.”

A 14-year veteran, Oilers centre Kyle Turris sees the increased attention to defence as a natural progression for both superstars as they round out their respective games.

“It’s just maturity, right? Maturity in many forms, from a leadership standpoint and leading by example,” Turris said. “You’re seeing them mature.”

Backchecking is not necessarily at the front of mind for any offensive-minded player breaking into the league. Detroit Red Wings legend Steve Yzerman took time to become one of the best two-way forwards in NHL history. The same held true for other stars such as Chicago’s Jonathan Toews, and Rod Brind’Amour, now head coach of the Carolina Hurricanes.

Could Draisaitl join their ranks as a winner of the Frank J. Selke Trophy, awarded to the forward who best excels in the defensive aspects of the game?