Despite a three-point performance and first star honors in Game 5 of the Stanley Cup Final, Sidney Crosby’s night would be defined by a scrum with P.K. Subban and a water bottle.

USA TODAY’s “For The Win” called Crosby’s Game 5 “a night of bad behavior,” and that seems to sum it up. However, many have mixed views on Crosby’s actions in Game 5, as well as the officiating in response to the way he acted.

He is holding crosby’s stick so Sid can’t leave. The face smashing was warranted. It’s hockey, not figure skating. https://t.co/LcIqJfQmsE

In the first period, Subban and Crosby got tied up behind the net. When Subban grabbed onto Crosby’s foot, the captain responded by shoving Subban’s head repeatedly into the ice. Even though a referee was standing right next to them, he allowed Crosby five blows to Subban’s head, and only blew the whistle when Subban got up and retaliated. After that, the officials gave both of them matching minors for holding.

In the second period, Crosby and the Penguins bench appeared irritated by an uncalled penalty to Nashville. In response, Crosby stood up and threw his water bottle, appearing to target a Predators player coming back up the ice. It was on the same play that Phil Kessel scored to make it 5-0. Still, referees allowed the play to continue, and Crosby was given no penalty. He later told referees that he “didn’t mean to throw that” bottle, and stuck by that statement in his post-game interview, claiming that it slipped out of his hand.

When it comes to these missed calls, one has to ask: is it the name on the jersey that affects the officiating?

There are many who believe that simply because Crosby is Crosby, he receives “special treatment.” That also means that when he is in the wrong, he is rarely disciplined, and unfortunately, there is evidence from this past year alone to support that claim.

In March, Crosby purposefully speared Ryan O’Reilly in the groin but was not penalized or suspended for his actions. Just days later,  he slashed Marc Methot in yet another reckless play that took off Methot’s fingertip. However, he received no penalty or suspension for his actions. 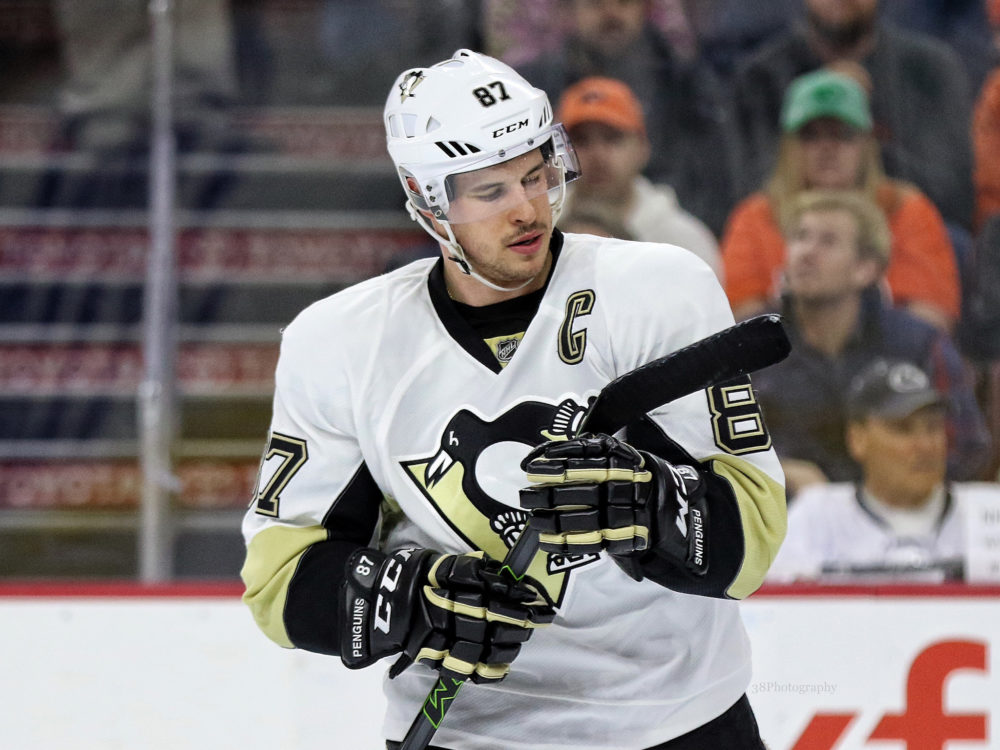 While Crosby is not a dirty player and has no history of any suspensions or true malicious behavior, he is not a clean player by any means. There have been instances where the heat of the moment or intensity of the game have driven him to rage, and it has resulted in players getting hurt. And, for someone like Crosby who is a world-class star and an ambassador of the game, he does not represent himself well, nor does he lead by example.

This is also where “The Crosby Effect” comes into play. Because of the name recognition, Crosby (along with many other stars in the NHL), can do no wrong in the league’s eyes. Thanks to this, they are rarely disciplined on dangerous plays.

On the flip side of the argument, Crosby has been in situations where the roles are reversed, and he’s the one taking abuse. In fact, many players have targeted Crosby, but the plays have resulted in little punishment. Earlier in these playoffs, Alex Ovechkin slashed Crosby in the hand and received no penalty. In Game 6 against Ottawa, Methot poked Crosby with his stick while Matt Hoffman sprayed him with a water bottle from the bench. There were no penalties on either of the plays.

Of course, there is the biggest instance in these playoffs so far, where Matt Niskanen cross-checked Crosby in the head. This was one of the most controversial plays this postseason. Niskanen received a five-minute major and a game misconduct for his actions, but no suspension. Crosby ended up having to miss the following game with a concussion.

Even going back in time, the situation was still the same as it is now. During Pittsburgh’s 2011 Winter Classic game against Washington, David Steckel delivered a dangerous hit to the head that led to Crosby’s concussion issues. However, the NHL didn’t discipline Steckel at all for his actions.

Not to mention, Crosby also has a reputation for “diving” and “whining” when calls don’t go his way, which further adds to the way he’s treated while playing. With that being said, it’s ridiculous to call him “untouchable,” because as history shows, the league has allowed Crosby to take a lot of abuse over time.

Looking at both sides of the argument, it’s hard to say whether or not Crosby is a player that gets special treatment. Some believe that because Crosby has taken enough abuse from other players, he is warranted to retaliate and misbehave this way. That is unacceptable, and his behavior is absolutely unjustified.

Crosby is the best player in the world right now and serves as the captain of one of the NHL’s top teams. Not to mention, he is a role model to many around the world and needs to act like it.  Crosby’s behavior in Game 5 shows immaturity, as well as unprofessionalism and poor sportsmanship. 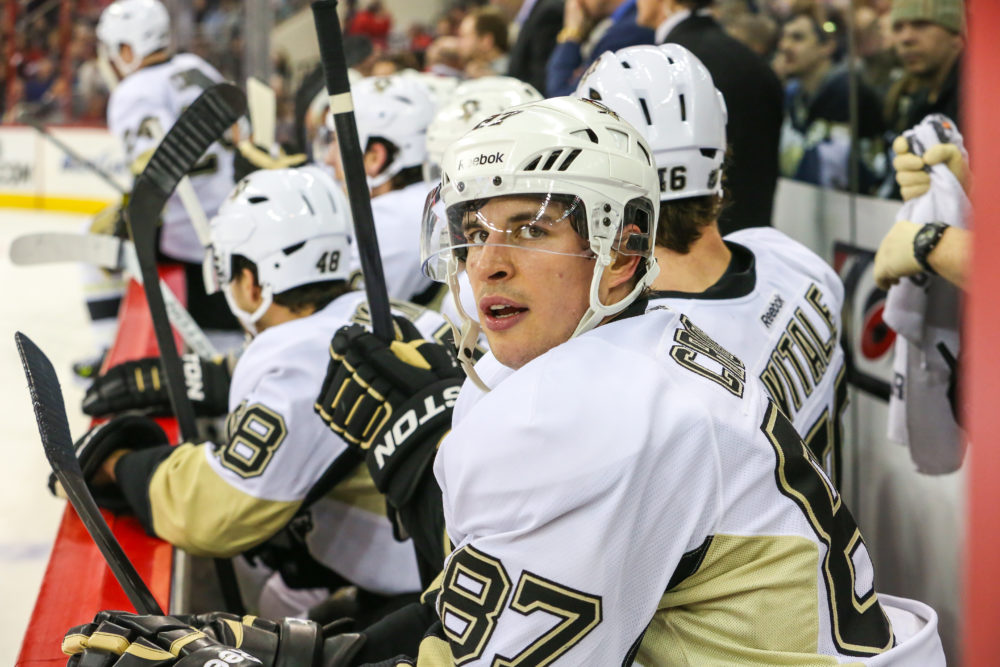 At the end of the day, it doesn’t matter what name is on the back of the jersey. It is never okay, nor should it be okay, for any player to smash another player’s head repeatedly into the ice. Regardless of how hard Crosby was pushing on Subban’s head, that is a dangerous play and warranted much more than a two-minute minor for holding.

As for the water bottle incident, it could have been an accident, but truly, it did not look like one. It appeared that Crosby simply got caught up in the heat of the moment, and it was just something that happened. Still, according to Rule 53.3 in the NHL rulebook, “should any player, coach, or non-playing person on the players’ bench or penalty bench throw anything on the ice during the progress of the game or during a stoppage of play, a bench minor penalty for unsportsmanlike conduct shall be assessed.”

In the end, Crosby’s behavior was out of line. Crosby has had a checkered history with head injuries and is a player that has become the face of the NHL’s concussion epidemic, slamming Subban’s head into the ice was not a good look. Not to mention, considering the reputation Crosby has built over the year, including beliefs that he is “untouchable,” his lack of class in Game 5 didn’t make things any better for himself.

How the NHL Can Move Forward 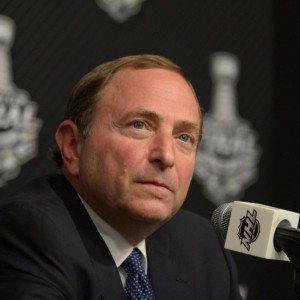 The issue isn’t one of favoritism, though it is understandable why some believe that is the case. The referees often don’t catch things, and a lot of the time, they will let certain plays go. Additionally, when it comes to the NHL’s Department of Player Safety, the league does a poor job of protecting their players, stars included. Still, no one should believe that because Crosby takes a lot of abuse, it’s right for him to act out of line.

Overall, the officiating must improve, and ironically enough, they should be blind to the names on the backs of the jerseys. Whether it’s Crosby, Ovechkin or even Subban, players must be punished accordingly, whether the call is a simple trip or a dangerous slash. In addition, the NHL’s Department of Player Safety needs to hold their players accountable regardless of star power and hand out more punishments after the fact. If a referee doesn’t catch something, the DoPS should.

The NHL has a huge problem on its hands, and considering the big names always come out fine in the end, something’s got to give.