NHL players, with few exceptions, are paid fixed salaries regardless of their performance and are not allowed to be financially incentivized to win. This is true even in the Stanley Cup Playoffs, where most players earn far less than they do in the regular season.

How are NHL Players Paid?

The reality of playing in the NHL is that compensation is tightly controlled for everything except the base salary. For the most part, players are prohibited by the Collective Bargaining Agreement (CBA) — which governs relationships between players and their teams — from receiving any performance bonuses from their teams. And teams are not allowed to pay bonuses if their boys make the playoffs, or win the Stanley Cup. 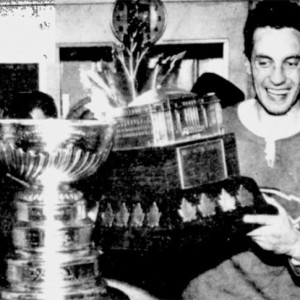 With the exception of bonuses paid to rookies for League-wide awards, such as the Conn Smythe Trophy, these permissible bonuses are limited to the player’s performance in the regular season, not the playoffs.

In fact, players aren’t even paid by their teams in the Playoffs. Player’s receive annual salaries, but they are paid during the regular season only. While players are under contract to a team for the year, when the regular season ends, they receive no further compensation from their team — A player earning $10m a year has received all that money by the time the playoffs start. But this does not mean playing in the Stanley Cup Playoffs is without any financial play.

How are NHL Players Paid in the Playoffs?

The NHL sets aside money to pay all players participating in the playoffs, with the total amount determined in the CBA. In the 2016-17 season, this “Playoff Fund” is set at $15m. How that money is distributed to the players is decided by the NHL Players Association (NHLPA), with the League’s approval, but it is a curious blend of performance-based pay and egalitarianism. Players are paid a larger share as they advance through the playoffs, but each team at each stage is paid the same amount of money, and the money is (with some minor exceptions) distributed equally amongst the players. So Rookies and Super Stars receive the same compensation for advancing in the playoffs. In short, playoff compensation is pay-for-performance when it comes to teams, and egalitarian when it comes to players.

Note that for most players in the playoffs, the pay for playing is relatively small. Imagine a Rookie with the maximum $925,000 salary winning the Stanley Cup. The League would have paid him around 1/25th (assuming 25 shares per team) of the $3,750,000 available to the winner, or around $150,000. While this is a bonus of about 15% of his annual salary, that salary is paid over six months, not the full year. Thus, a rookie player with a $925,000 “annual” salary actually would have received about $150,000/month in the regular season, and $75,000/month in the playoffs — if he won the Stanley Cup.

For players with salaries above the Rookie maximum, the percentage is obviously substantially less. For superstars getting paid in the $10 million range, $150,000 is “de minimus”. So the better the player (or at least the more expensive), the less financial incentive there is to get into the playoffs, advance in the playoffs, and to win the Stanley Cup. 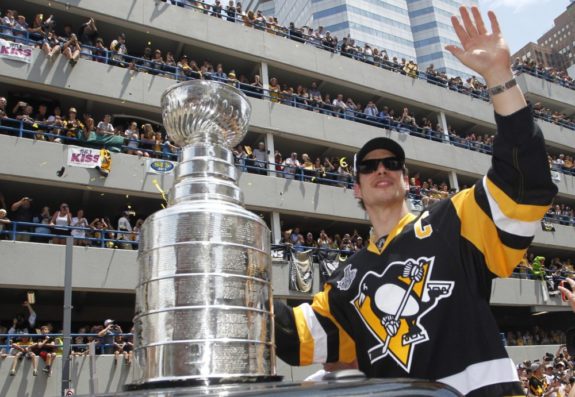 Players can (understandably) receive compensation if their team decides to buyout their contract, but outside of salary, bonuses, and buyouts the CBA is very clear that “no Club [i.e. team] may provide a Player with anything of value.” With some amusing exceptions. The prohibition against receiving anything of “value” does not prohibit “Traditional Hockey Practices” where “things of de minimus value” can be given to the players. Listed examples of these “things” include such nuggets as “golf outings,” “parent-son road trips,” and the (rather charming) practice of paying for the lodging and travel expenses of parents attending a rookie’s first NHL game. God bless the NHLPA.

One more thing: players can receive “Milestone Gifts (e.g., for significant career- or League-related achievements” from their teams, albeit with a surprising number of restrictions: The gift can’t be more than $25,000; it can only be given for one of eleven categories specified in the CBA (e.g. 400 goals scored, or 40 shutouts); players can’t receive more than one a year; and “In all cases, a Milestone Gift must be presented to a Player in a pre-game, on-ice ceremony that takes place after the warm-ups and prior to the beginning of the game.” I have to wonder whether it was the Owners, Players, or the League which insisted on this last requirement?

Oh, speaking of traditions, players that win the Stanley Cup also get rings.

Players are Paid to Play

NHL players are paid to play, not to win. The clear exception is the rookie, who is the most financially incentivized player on a team. If they play well, and their contracts allow it, they can earn performance bonuses for the regular season, and playoff pay can be a significant boost to their total annual income. If they do well enough to win the Conn Smythe Trophy (as Jonathan Toews did in 2010, receiving a $1.3m bonus from the Blackhawks), they could earn quite a lot in the playoffs. For everybody else, winning is its own reward.