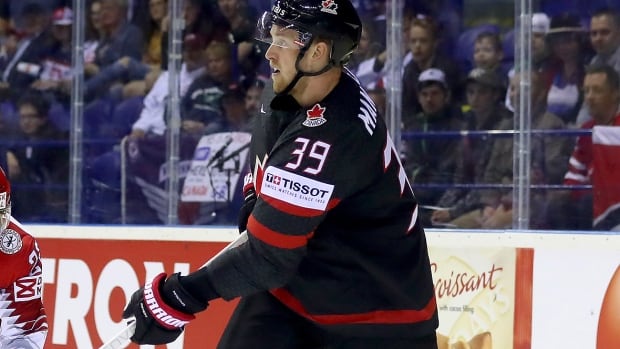 Canada will be without its leading scorer when it faces Switzerland in Thursday’s quarter-final at the world hockey championship in Kosice, Slovakia.

Forward Anthony Mantha was suspended one game by the International Ice Hockey Federation for a hit to the head of U.S. forward Colin White in Tuesday’s preliminary-round contest.

The incident occurred at 9:31 of the second period as both players were chasing a loose puck in the Canadian zone. White went to play the puck while Mantha prepared to check the American forward.

The IIHF’s disciplinary panel determined Mantha was aware of White’s vulnerable position, but decided to deliver an avoidable check which made contact with White’s head. The organization called Mantha’s actions dangerous.

Mantha, who has seven goals and 12 points in seven games, will be eligible to return for Saturday’s semifinals should Canada advance.