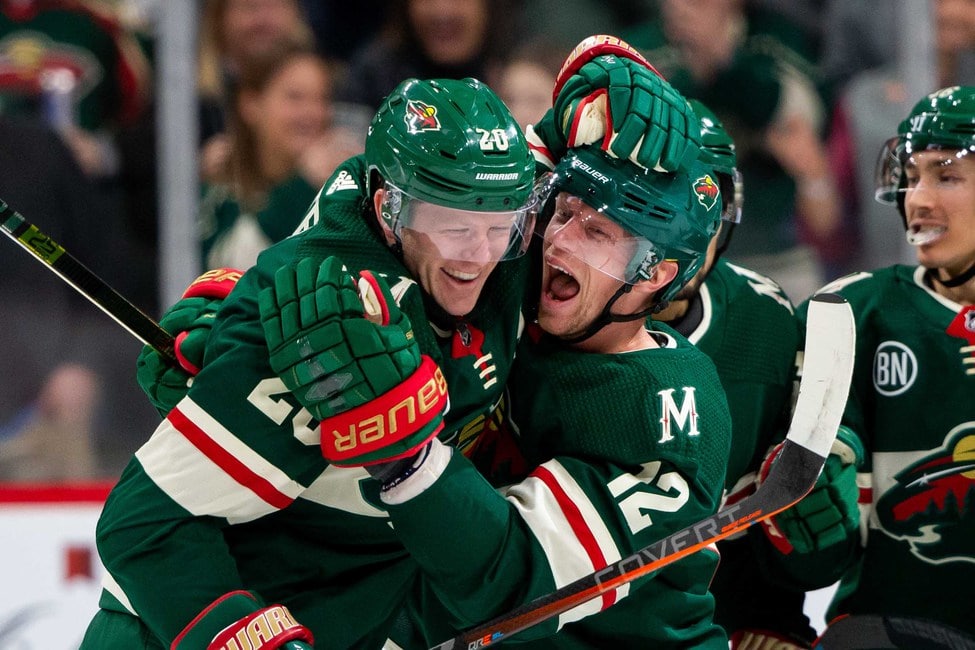 The Minnesota Wild are at a pivotal point in their history right now. The team seems to be lacking direction after missing the playoffs for the first time in the past seven years, and owner Craig Leipold will have a big role in shaping the direction of the franchise with his selection of the new general manager.

In this time of uncertainty for the Wild, it is important to step back and take a look at the team’s current position in order to analyze the situation the new GM will be inheriting and curb management’s expectations moving into the new season. This article will give a quick overview of the Wild’s current situation by going through the franchise’s top four assets and four biggest problems at the midpoint of the offseason.

The Wild’s defense is the strength of its team: the top four of Ryan Suter, Jonas Brodin, Matt Dumba, and Jared Spurgeon is among the best in hockey. Suter is a smooth skater, a lock-down defenseman, and is the anchor of the group; Spurgeon is one of the most underrated two-way defensemen in hockey despite his small stature; Brodin is responsible in his own zone and has great vision; and Dumba’s offensive skills are elite — he has a laser of a clapper.

The Wild also have a lot of viable options for its third pair with Greg Pateryn, Nick Seeler, Louie Belpedio, and Brad Hunt — If only Gustav Olofsson or Mike Reilly had panned out. The Wild will continue to be a defensive-minded team in the near future because that group is the team’s forte.

Problem 1: Lack of a Superstar

Any way you slice it, the Wild do not have a superstar (I am defining a superstar as a dangerous forward who can consistently put up 70-plus points per year, a defenseman who has the ability to consistently change a game, or a goalie that is dependable, rock-solid, and will steal you games). The team’s closest thing is currently either Dumba or Suter, neither of which fully fit the bill. To make the playoffs in today’s NHL, you either need a superstar or need to get hot at the right time because of a fantastic system, team chemistry, or a streaky goalie.

Looking back at the 2019 playoff teams, only the Vegas Golden Knights, New York Islanders, and Carolina Hurricanes did not have a superstar — and Hurricanes and Golden Knights are borderline with Sebastian Aho and Marc-Andre Fleury respectively. I am a firm believer that to have a fighting chance to win the Cup, your team needs a superstar, and I think the next Wild GM needs to acquire a superstar, even at a steep price if necessary.

Although Devan Dubnyk is not a superstar, he is a top-10 goalie who has been a blessing for the Wild considering the small price the team paid for him. Since the 2014-15 season, he is first in games played (317), sixth in GAA (2.35), tenth in save percentage (.920), and third in wins (174). Being a fan of Darcy Kuemper, I was skeptical when the Wild acquired Dubnyk and gave him a large contract after half of a good season. Now, I fully admit he has been fantastic for the Wild, and despite being mediocre in the playoffs, he has kept the team in many games/series.

For all of Chuck Fletcher’s downfalls, this was a great acquisition. The Wild also have two solid goalie prospects in Kapo Kähkönen and Hunter Jones, so the future looks bright for the Wild at the goaltending position. Since it is so difficult to have success in the NHL without a consistent No. 1 goalie, the Wild are fortunate to have Dubnyk.

Although Zach Parise and Ryan Suter have been two of the team’s best players since Chuck Fletcher signed them in 2012, their contracts are crippling the team — and they’re signed through the 2024-25 season. Parise is 35 and Suter is 34, meaning they have contracts which will last until they are both over 40, if they choose to play that long.

I do not think Parise can keep performing at a high level for six more years being a 110% effort, “skilled grinder” type of player constantly taking crosschecks to the kidneys. I think it is likely the team buys him out after the 2021-22 season, when his base salary is reduced to $2 million.

On the other hand, Suter’s smooth style of play bodes well for him as he continues to age and slow down. I would expect the Wild to keep him around as a top or second-pair defenseman until he retires. Despite being fan-favorites, their contracts eat up valuable cap space the Wild desperately need to sign a top-end forward. While Suter and Parise are valuable contributors to the Wild, their contracts are too large and long for their value to the franchise.

Asset 3: A Young Forward Core That Can Support a Superstar

Although the Wild do not currently have a superstar, I think their roster is nicely designed for a superstar to come in and have immediate success with the supporting cast the team already has built. Despite Paul Fenton’s mistakes, I think he built a roster around Kirill Kaprizov (maybe unknowingly), the Wild’s best shot at a superstar, who is currently signed in the KHL until the end of the 2019-20 season. If or when he comes over, I think the current, young NHL forward core of Kevin Fiala, Ryan Donato, Joel Eriksson Ek, Jordan Greenway, and Luke Kunin will complement Kaprizov nicely and the group will have the opportunity to play and grow together for a long time.

Problem 3: Playing in the Central Division

The Central Division is arguably the most difficult and competitive division in the league. There is not one easy opponent for the Wild in its division, and the Central is littered with superstar forward, top goalies, and heavy-hitting defensemen. More than any other division, the Central beats itself up, as rivalries are intense, games are physical, and every point is valuable.

Central teams have just been getting better too: The Colorado Avalanche acquired Nazem Kadri, the Chicago Blackhawks got lucky and picked at No. 3 in the draft, the Nashville Predators signed Matt Duchene, the Dallas Stars signed Joe Pavelski, and so on. Despite having one fewer team (until the Arizona Coyotes get moved over in the 2020-21 season), the Central Division is the most competitive in hockey, and the Wild are unlucky to play there.

Asset 4: Playing in the State of Hockey

The Wild have one of most loyal fan bases in the NHL (definitely out of the United States-based teams). The team has nearly sold out the Xcel Energy Center for every game, and regardless the team’s performance, fans still follow the Wild closely. Between youth hockey, college hockey, and pro hockey, the hockey culture and craze in Minnesota is unparalleled. This gives the Wild a competitive edge in attracting the many NHL players, especially Minnesotans, in free agency (like Parise), and hopefully, the next GM can take better advantage of that. Craig Leipold, the owner, is also committed to the team, and he is determined to build a championship roster.

Despite the current lacking status of the Wild’s roster, its owner refuses to accept a full rebuild. Part of this is because Minnesota fans are so passionate and have high expectations for their team (as described above). Leipold still believes the team is competitive: After firing Fenton, he stated “I believe we have a good hockey team, a team that will compete for a playoff spot this year, and I look forward to hiring a general manager that will help us win a Stanley Cup,” demonstrating his opinion that a rebuild is unnecessary to deliver a Cup.

I believe the Wild would be better off tanking this year, piling up early draft picks, and picking top five in the draft. Being stuck in the middle is the worst situation in the NHL, and the Wild are dead-smack in the middle of the pack: Not enough talent to be true contenders, but too good to draft top five and get a superstar.