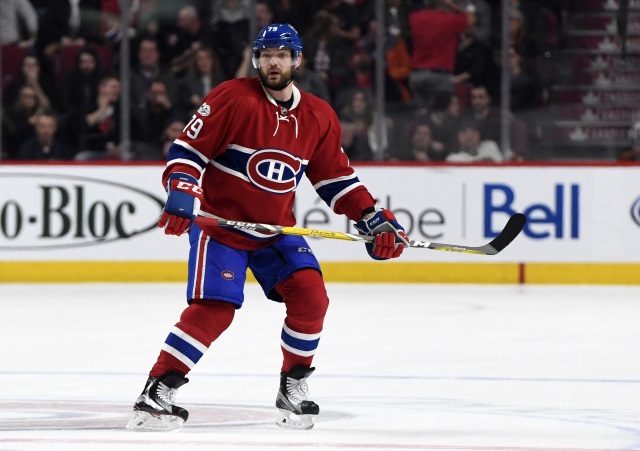 A first round exit could spell the end for Babcock

Scott Billeck of NBC Sports: It is possible that the Toronto Maple Leafs could be without Mitch Marner to start the season. The Marner situation seems similar to what the Maple Leafs went through last year with William Nylander.

Other RFAs may be waiting for Marner to sign first.

Marner is set to skate in Switzerland if he doesn’t have a contract to be with the Leafs during training camp.

If the Maple Leafs don’t get out of the first round this year, they would likely part ways with head coach Mike Babcock.

Jared Clinton of The Hockey News: Andrei Markov‘s new agent Allan Walsh tweeted that Markov was skating in Florida and looking to return to the NHL this season.

Montreal Canadiens – There is a logjam on their Canadiens left side and there may not be room for him.

New Jersey Devils – A reuniting with P.K. Subban? The Devils third pairing battle at the moment on the left side is likely down to Andy Greene or Mirco Mueller.

Calgary Flames – If they are looking for more experience to fill in for Juuso Valimaki while he’s out, Markov could be an option. Cap room could be an issue.

Colorado Avalanche – Adding some veteran experience to help guide some of their younger defensemen could be helpful.

Edmonton Oilers – Markov could be an upgrade to their third pairing. Holland likes having veterans and he hasn’t shied away from signing them in the past.

Ken Boehlke of The Sin Bin: From a Montreal Canadiens 2019 draft video they tweeted out.

The Canadiens were on the clock at No. 15. The Vegas Golden Knights had the No. 17 pick.