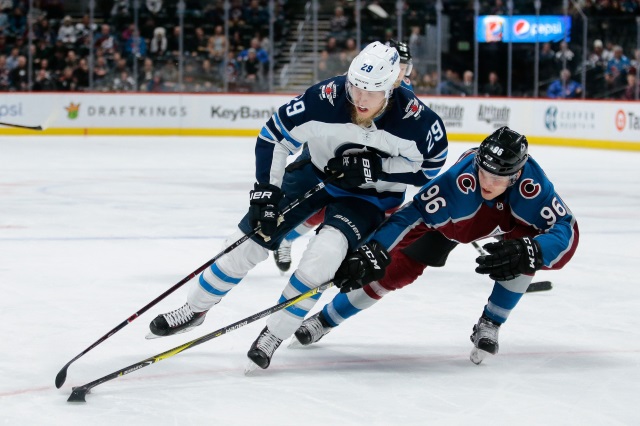 About AAV for Rantanen?

Adrian Dater: The gap between the Colorado Avalanche and restricted free agent Mikko Rantanen is not about the term, it’s about the AAV.

Many offers for Boeser

James (@Account4hockey): Michael Russo said on KFAN 103 on labour day that the Vancouver Canucks have made contract offers to Brock Boeser with different term, include a five-year offer which wouldn’t buy any unrestricted free agent years.

Term an issue for teams and RFAs

Pierre LeBrun of The Athletic: There is still a big list of restricted free agents that remain unsigned.

Teams should be investing in their young core, which in turn will pinch the mid-level players. Some teams have mid-level players on larger deals that are taking of salary cap space – teams like the Toronto Maple Leafs, Tampa Bay Lightning and Winnipeg Jets.

On Mikko Rantanen and the Colorado Avalanche, thinks they are farther apart on term than on money. Avs GM Joe Sakic said he would prefer long-term, more than five years.

Both Brayden Point‘s camp and the Lighting won’t comment on how contract talks are going. Don’t get the sense that there has been much talk this offseason.

Term appears to be the issue with Matthew Tkachuk and the Calgary Flames. Tkachuk’s camp may be looking for five years and the Flames don’t want that.

A bridge deal for Patrik Laine and the Winnipeg Jets makes the most sense. Laine can re-establish himself and the Jets could use a break on the cap hit. Talks may have picked up last week.

Sense that term is holding up a deal between the Vancouver Canucks and Brock Boeser. Talks have been going on for over a year now.

No update from Columbus Blue Jackets GM Jarmo Kekalainen and defenseman Zach Werenski. Term could be an issue here as well. Kekalainen is confident a deal will be done by the start of camp.