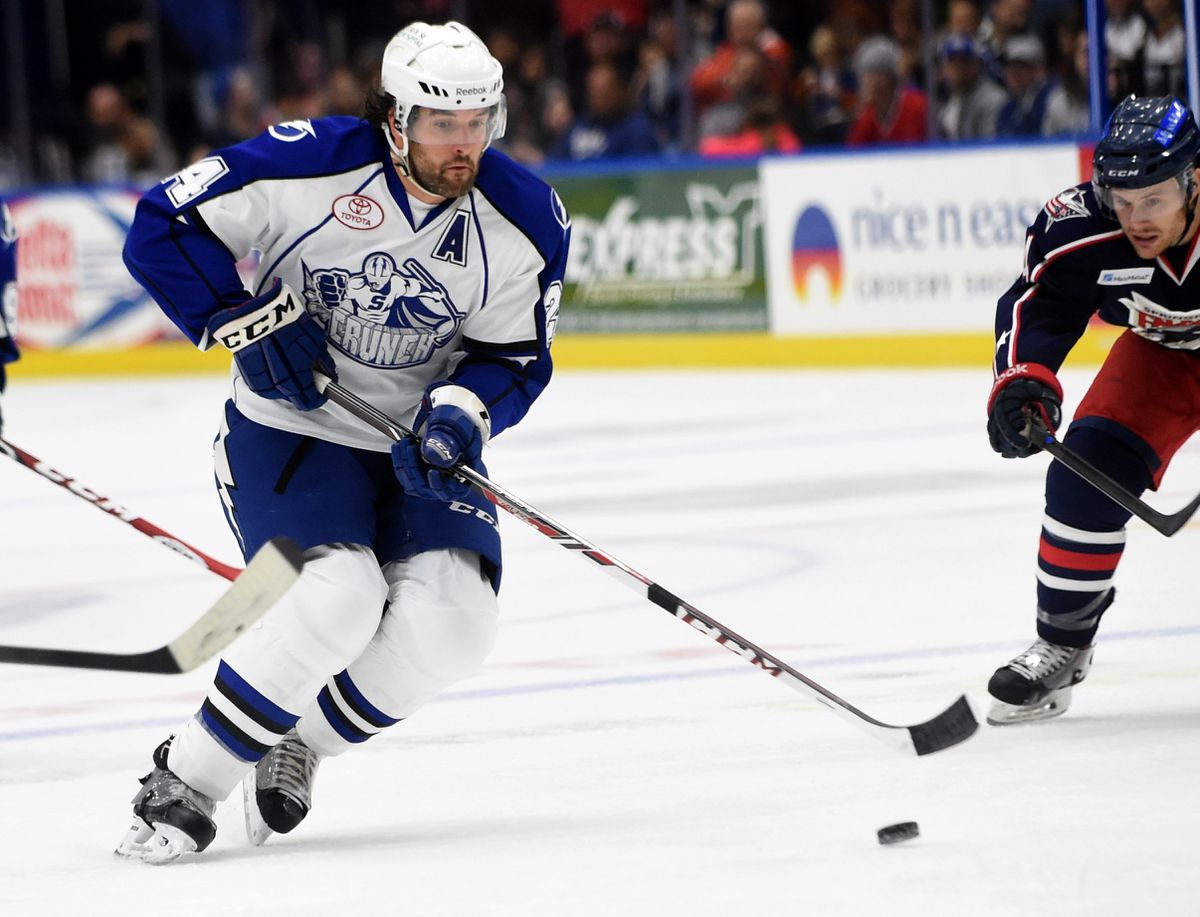 Syracuse, N.Y. — J.P. Cote started his pro hockey career as the type of young player who put his head down, went to work and mostly kept quiet.

That was a successful formula overall. Cote was a long-time AHL defenseman who also squeezed in eight NHL games with Montreal and 19 with Tampa Bay. But looking back, Cote wishes he’d done things a little differently.

Cote thinks he should have been more assertive in asking for help as a youngster. Fortunately for him and the Syracuse Crunch, he figured that out in time to milk out a handful of productive years at the back end of his career.

Cote is now in a position to help out on the other end of that equation. He wants to drive younger players to get better as quickly as possible, and the first step in that is stressing to them the importance of asking for instruction early and often.

The Lightning hired Cote, 37, as its new director of player development in the off-season. It’s a natural transition from his previous job as a scout for San Jose, and a role that will bring him to work in Syracuse roughly eight to 10 days a week.

“It will be fun. To have this position, it’s really exciting for me,” he said. “This position, to me, is more natural (than scouting). It’s more instinctive for me to work with guys getting close. I always prided myself in being a good teammate, helping the guy beside me. Guys were going up (to the NHL), I was happy about it.”

But earning such a promotion himself was a laborious effort for Cote, who divides his career into two distinct parts.

The first came with the Montreal organization. Cote started his pro hockey career there and was a fixture for the AHL’s Hamilton Bulldogs from 2003-08.

“I’m happy with the career I had. Still, I think back on my first time around in pro hockey and I think I should have done more,” he said.

He almost didn’t get the chance.

Cote was a struggling defenseman in the ECHL in 2011 when Tampa Bay signed him and sent him to Norfolk of the AHL. There, under the guidance of a young coaching prospect named Jon Cooper, Cote and the Admirals won the Calder Cup and stamped themselves as one of the AHL’s all-time juggernauts.

Cote went on to play three more years in the system, mostly with the Crunch. He was impressed with the supportive atmosphere of Tampa Bay and they way it motivated players to strive for improvement.

That paid off for Cote. At a point when it seemed like his NHL window was slammed shut and eight years had passed since he got a quick look with Montreal, he improved his skills enough to earn 19 games with the Lighting in 2013-14.

“I definitely made the most of my second time around,” Cote said. “There’s small details that can make your game better. I’m an example of someone who came and used all the tools that I could. I absorbed all of this.”

“I don’t take hockey as a business. I really take hockey emotionally. When I dive into an organization, I’m all in,” Cote said. “Any coach that I had will say that I was a leader on any team I was part of. You’ve got to carry yourself a certain way.”

Cote couldn’t have landed in a more natural home for his first on-ice post-playing job. BriseBois worked for Montreal when Cote skated in that organization. Cooper is now head coach of the Lightning. Tampa Bay players Cory Conacher, Tyler Johnson, Ondrej Palat and Alex Killorn skated with Cote and Norfolk and Syracuse.

“That’s when I had my best time as a hockey player,” Cote said of playing in the Lightning organization. “We were a pretty tight crew. When you win a championship with a bunch of guys, it’s just like yesterday when you meet them (again). You can tell there’s a big emphasis on development (in Tampa Bay). It’s a great team.”

The challenge of Cote’s new job is that while a lot of the players he works with have a lot more raw talent than he did, few can match him in the motor department. But that’s OK. As long as Cote extends himself as a resource as far as he can, he’s confident that he can draw the prospects out enough to meet them somewhere along the developmental path.

“I really hope to connect with these guys. I realize it will be a challenge at times,” he said. “These kids, they have an opportunity to make a pretty good living for themselves. All they have to do is please the organization. I’m going to make them see that.”

Thanks for visiting Syracuse.com. Quality local journalism has never been more important, and your subscription matters. Not a subscriber yet? Please consider supporting our work