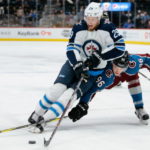 Laine and Rantanen “not close” to getting new deals

Rick Dhaliwal: The agent for restricted free agents Patrik Laine and Mikko Rantanen, Mike Luit, on Sportsnet 650: “We are not close.”

Rick Dhaliwal: Luit on the effects for Mitch Marner‘s contract on Laine and Rantanen: “Is there a comparable, yes I think Mitch Marner and Mika Rantanen are probably the 2 closest comparables in terms of how they play the game, wingers who create offense for those that they are playing with.”

NHL.com: The way things have played out for Rantanen and Laine isn’t a surprise for Luit.

Laine has been skating with SC Bern in Switzerland since the weekend. Rantanen said earlier this week that he’ll be joining Laine.

“We’ll take it one day at a time,” Rantanen said. “Due to the current situation, we can’t make any long-term plans. We’re leaving Bern next week at the latest.”

Igor Eronko: Anton Burdasov has agreed to a PTO with the Edmonton Oilers.

Mark Spector: Eronko reported that if Burdasov can make the Oilers, he’ll get a one-year $1.7 million deal. sources are denying this. They are saying that the Oilers will talk contract with his camp if/when he makes the team.

Mark Spector: Burdasov’s English isn’t strong but he’ll meet with the media after practice. He’s a right-winger with size and a good shot.

Daniel Nugent-Bowman: Oilers GM Ken Holland on Burdasov: “It’s gonna be tough (for him). It’s the middle of camp. It’s a short time. We’re giving him an opportunity.”

Jason Gregor: Holland on the report of a $1.7 million contract for Burdasov if he makes the team: “I’d say that is inaccurate. We know he has offers in KHL and other NHL teams are interested. If we feel he is worthy of a contract we will talk with his agent and look at the cap. What somebody wants and what they get quite often isn’t the same thing.”