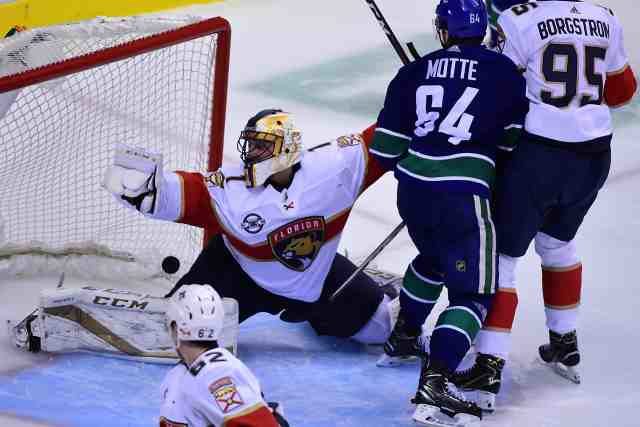 Keys of the Vancouver Canucks offseason

Greg Wyshynski and Chris Peters: Looking at the keys to the Vancouver Canucks offseason.

Figure out their right side of their blue line – The Canucks are deep on the left side but a little thin on the right side. There has already been talk of them trying to trade for a young, right-handed defenseman.

Is Jim Benning “The Guy?” – Benning has been the GM for five seasons and they’ve missed the playoff in four of them.

Sportsnet: Elliotte Friedman said the Canucks and defenseman Luke Schenn are talking about a contract extension.

“He’s had an impact since he was traded for from Anaheim earlier this year,” Friedman said. “Sounds like there’s discussion on a one-year extension for him.”

“Growing speculation that Roberto Luongo’s health may cost him playing in the National Hockey League in the future,” Kypreos said. “Now, the good news, I guess, when it comes to the contract is, if that’s the case, he’ll go to training camp, fail his physical and that will force him to go to the long-term injured reserve. He would get the remainder of his three-year contract and there’s no recapture penalties to the Florida Panthers and, more importantly, to the Vancouver Canucks.”

Luongo is owed $16 million in salary over the next three seasons. If Luongo goes to the LTIR, the Florida Panthers could turn to pending free agent Sergei Bobrovsky.

“What coincides, I think, with the Luongo news is Sergei Bobrovsky,” said Kypreos. “There’s talk that they (Panthers) may take a real healthy run at him, and certainly they’re gonna need him if Luongo does shut it down.”