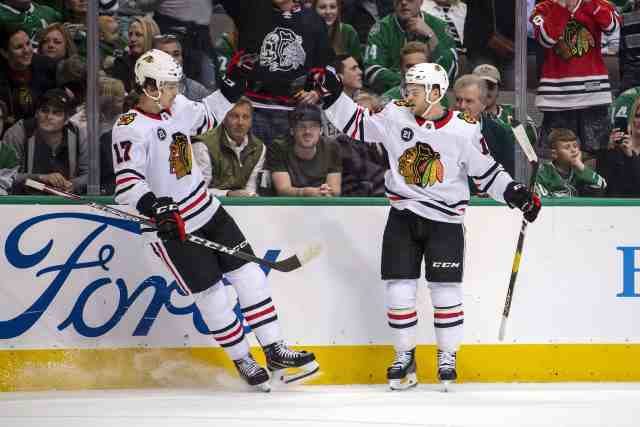 Michael Russo: St. Cloud State Jimmy Schuldt will meet with his agent on today to get a list down to five or six. There are lots of teams interested, with the Minnesota Wild being of them.

After they shrink the list, they will talk to each team a little more in depth.

Jimmy Murphy: There have been new reports coming up over the past week that Buffalo Sabres pending unrestricted forward Jeff Skinner will be hitting free agency.

Skinner has one goal in his past 22 games.

Igor Eronko: There had been a rumor going around that Alexander Yelesin and Andrei Chibisov could be joining recently added Artyom Zagidulin in Calgary. Don’t believe that it is the case.

The Winnipeg Jets had been scouting Chibisov.

Yelesin should be looking for a team that has less depth. heard that the Vegas Golden Knights had some interest in him.

Jim Matheson: This offseason the Edmonton Oilers could use a second-line winger to play with Ryan Nugent-Hopkins.

The could also use a third-line center and two other bottom six-forwards.

All four players that they could use need to have speed.

A couple of Flyers needs

Scott Powers of The Athletic: Looking at the future contract of Alex DeBrincat and Dylan Strome, both have a year left on their deals.

Current comparables could put DeBrincat’s ask at six-years and in the $42-$45 million range. Another solid season could increase his asking price in the $8 million range.

Projecting what Strome’s next deal could look like is a little harder.

If Strome is the Blackhawks second line center next season and puts up around 60 points – and given his age, position and production – comparables could be Ryan Nugent-Hopkins, Leon Draisaitl, Nathan MacKinnon, Dylan Larkin, Alexander Wennberg, Aleksander Barkov and Bo Horvat.

A fair extension could be six-years at $6.5 million per season.

Locking up DeBrincat and Strome will likely cost the Blackhawks in the $13 million-$15 million range.

One sport, two languages
Foudy shares debut with family
Oilers Who Have Worn No. 4 on their Backs
Caps’ Ovechkin tops Gretzky for most road goals
Avalanche sign Galchenyuk