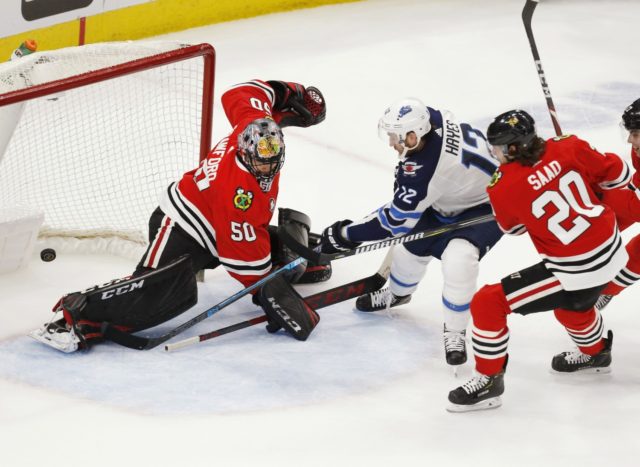 By the numbers of the trade deadline and their impacts

Tsn.ca Staff:  The impacts of the trade deadline have been mixed which leads to more questions than answers. For example, among forwards, Anthony Duclair, Kevin Hayes, and Brian Gibbons lead the way in points. Duclair tallying 13 points in 17 games is a bit unexpected for Ottawa. Gibbons producing 12 is even more so. However, Kevin Hayes making an impact was less of a surprise.

The funny thing about the impact of Hayes is that the second line of Winnipeg is improved. Unfortunately, everything else in Winnipeg has sprung leaks. Both Nashville and Winnipeg are right around .500. Vegas, despite, just ten points from Mark Stone is 11-4-2 since the deadline. It is more than the points with Vegas, it is the chemistry of the roster now. Sometimes, the fit goes perfectly and sometimes it takes getting used to.

A bit more on the Edmonton Oilers

Chris Peters and Greg Wyshynski of ESPN.com:  Edmonton needs to fill so many holes — including a new coach and general manager. That is just for starters. Can anyone trust upper management to make the correct hires? Add in the no-movement clauses to Milan Lucic, Kris Russell, and Andrej Sekera for effect. The new general manager would have their hands full just with that.

Wait, there is more. The team is talent deficient especially at its depth, and close to the salary cap. If enough contracts can be unloaded somehow, that would lift the burden and allow some signings to occur.

The prospect pool is not bad at all with four impact players. Cooper Marody, Ethan Bear, Tyler Benson, and Caleb Jones performing well is a huge boost for Edmonton Oilers development wise. That being said, these players need to pan out sooner rather than later. The Oilers need talent in any way, shape, or form.

Mike Chambers of the Denver Post:  With Cale Makar about to join the Colorado Avalanche, naturally the scene shifts to Tyson Barrie. If Makar develops as expected, Barrie might be expendable. Also, this depends on how much Joe Sakic is willing to pay the defenseman. Would $7 million AAV work? Money should not be an issue if Colorado spends up like a cap team. Mikko Rantanen remains the only major signing as an RFA. In the meantime, the Barrie speculation is just that, for now.