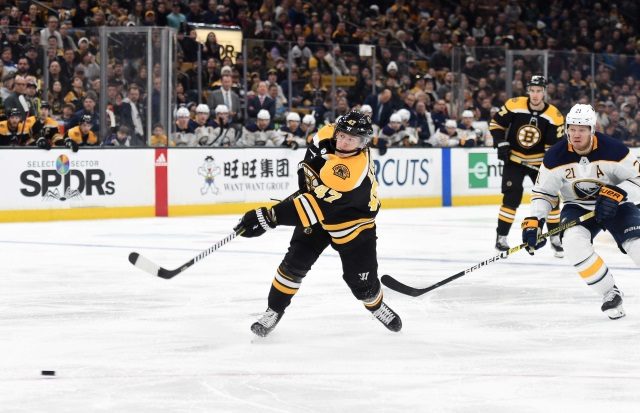 Torey Krug: A victim of the numbers squeeze?

Fluto Shinzawa of The Athletic:  How many salaries can the Boston Bruins fit under the salary cap? That begs the question. With Charlie McAvoy expected to get paid along with several other restricted free agents, the dollars may not be there for Torey Krug.

Krug turns 29 at the start of the 2020-21 season. His career-high numbers (30 power play points, etc) price him out of the market unless Boston can manage other contracts. Unfortunately, that is just reality. Boston optimized Krug for offense and rightfully so. He only plays the fourth most minutes among Boston defenseman at even strength. Krug being placed in advantageous situations is a huge reason for his career year. This could be his last postseason in Boston.

Greg Wyshynski and Chris Peters of ESPN.com (insider):  Chicago surprised many by playing a more fun and gun style during the second half. However, it illustrated more of their deficiencies and what they must do in the offseason. Improving the defense is critical as Chicago does not have a true shutdown number one anymore. Time has passed Duncan Keith and Brent Seabrook but holes appear everywhere in their pairings. The prospect makeup in Chicago is reasonable but again free-agency might be a way to go.

Chicago expects to have around $20 million in cap space save a little for a Dylan Strome deal and an Alex DeBrincat extension down the road. They will always be linked to Artemi Panarin and that could mask some of those defensive deficiencies. However, Chicago needs a Corey Crawford contingency plan as Cam Ward is no answer here. Finding out if Collin Delia or any prospect is an answer would be a good start. However, free agency again may be an option this year or next.

Phil Kessel and the trade rumors

Matt Vensel of the Pittsburgh Post Gazette (mailbag):  Again, the Kessel question comes up mostly because of his cap hit and term ($8 million AAV for three more years). Kessel is 31 and his even-strength numbers have declined in the second half. Getting value for him now would be paramount in keeping the core up for Sidney Crosby and Evgeni Malkin. The postseason may be telling as to what Pittsburgh does with Phil Kessel.