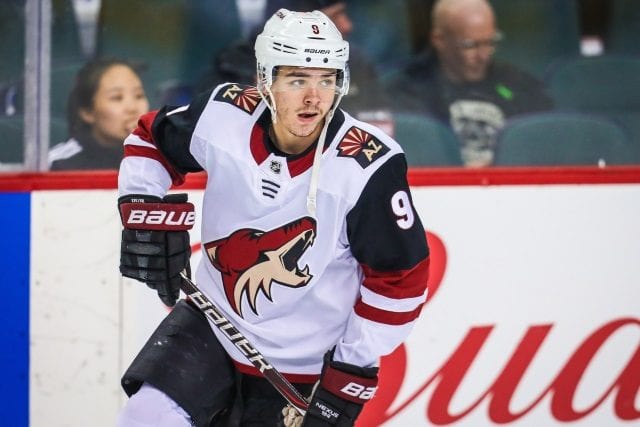 What may the Arizona Coyotes do this offseason?

Arizona is already committed to $74.3 million next season spread out among 17 players. John Chayka heading for the trade route is a likely scenario to acquire offensive talent. This is an Arizona Coyotes team that nearly made the playoffs without a 20-goal scorer or 50-point producer. There needs to be higher-level talent and some improvement from players like Alex Galchenyuk and Clayton Keller, in particular.

The Montreal Canadiens and their offseason…

Greg Wyshynski and Chris Peters of ESPN.com:  The Montreal Canadiens exceeded expectations this season yet fell just short of making the playoffs. Montreal has spent $64.3 million for 17 players. This includes all of their core which is good. There will be room to make maybe one significant addition, possibly a second. Marc Bergevin addressing core issues such as the power play, the left side of the defense, and a backup for Carey Price is paramount.

Montreal appears not to be in the Jeff Skinner sweepstakes though they likely will make an offer. Second-tiered players like Jake Gardiner, Gustav Nyquist, and Kevin Hayes will be out there. However, does Bergevin want to overpay after what happened with Karl Alzner? It’s an excellent question. The trade route appears to be Bergevin’s best bet. Fortunately, some teams may still be in cap trouble and that is an area to exploit for his needs.

Chris Johnston of Sportsnet:  Simply, Garret Sparks was not the answer to backup Frederik Andersen and Toronto’s defense. He is a nice enough guy and average second goalie. However, Toronto needed something more and that is likely to come from Michael Hutchinson. Sparks said it prophetically:

Yes, his locker stall was removed but that is because of expanded rosters. This hiatus is more for Sparks to rediscover parts of his game that have been lacking and to mentally reset.