While many teams are jockeying for position and looking forward to the NHL playoffs, others have resigned themselves to early tee times. The only thing they can look forward to is the NHL Draft Lottery, set for April 9 in Toronto.

The NHL announced that the 2019 #NHLDraft Lottery will be held Tuesday, April 9, in Toronto.
The results of the Draft Lottery will be revealed live by national rightsholders NBCSN, Sportsnet and TVA Sports during a one-hour show beginning at 8 p.m., ET. https://t.co/5oXwYXByWL pic.twitter.com/EsiSyzwKts

In past seasons, lottery results are both determined and revealed on a Saturday during the first round of the playoffs. This year it will happen on a Tuesday, one day before the start of the NHL playoffs.

The consensus top-ranked prospects include Jack Hughes from the US National Development Program and Kaapo Kakko from TPS in Finland. 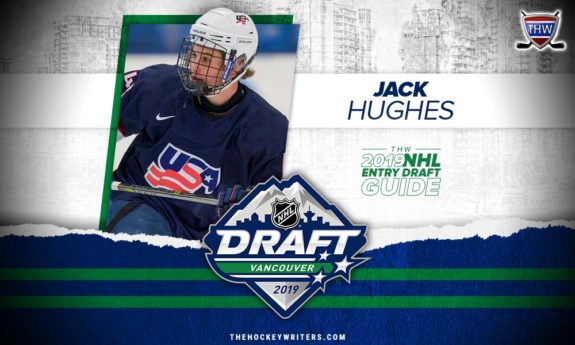 Jack Hughes is expected to go first overall at the 2019 NHL Entry Draft.

Hughes is a 17-year-old, US-born center who skates like the wind. He has incredible vision and tremendous play-making abilities. Right behind him is Kakko, an 18-year-old right winger who’s been ripping up the Finnish Elite League. He stands 6-foot-2 and 190 pounds. His 36 points (21 goals, 15 assists) in 44 games exceeds the point production of players like Patrik Laine and Jesperi Kotkaniemi, two prospects who were drafted out of the Finnish Elite League in prior years.

Players born between Jan. 1, 1999 and Sept. 15, 2001 are eligible for selection in the 2019 NHL Entry Draft. Also eligible are: any undrafted, non-North American players born in 1998 and those players who were drafted at the 2017 NHL Entry Draft but have not signed an NHL contract and who were born after June 30, 1999.

Odds of Landing the First Pick

Every non-playoff team will have a chance at first-overall pick. The team with the worst record in the 2018-19 season will have the best odds (18.5 percent) of winning the lottery.

Since 2013, the odds have been weighted for teams not qualifying for the playoffs to receive a greater chance at winning the first-overall selection.

Starting with the 2014-15 NHL season, the odds of winning the draft lottery for the four lowest finishing teams in the league decreased, while the odds for the other non-playoff teams increased. 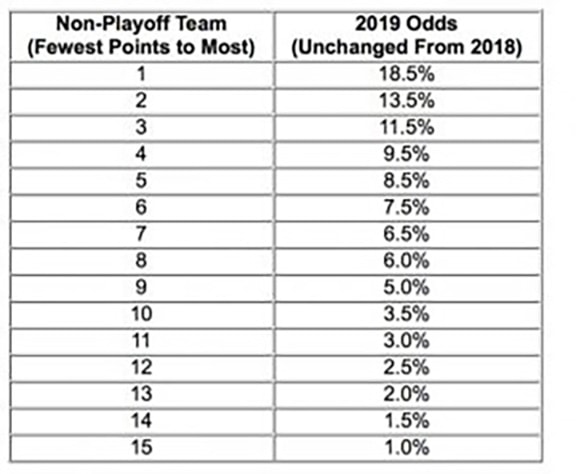 The 2019 NHL Draft Lottery Odds are the same as last year.

Three separate draws are conducted to assign the first, second and third-overall picks. Since no team can drop by more than three positions, the last-place team will pick no worse than fourth overall. The 12 clubs not selected for spots one through three will be assigned selections four through 15, in inverse order of regular-season points.

For anxious fans, there are several draft simulators and lottery odd sites that can be visited.

While the order of the 2019 Entry Draft order is determined by a series of number draws, some teams have already traded their picks. 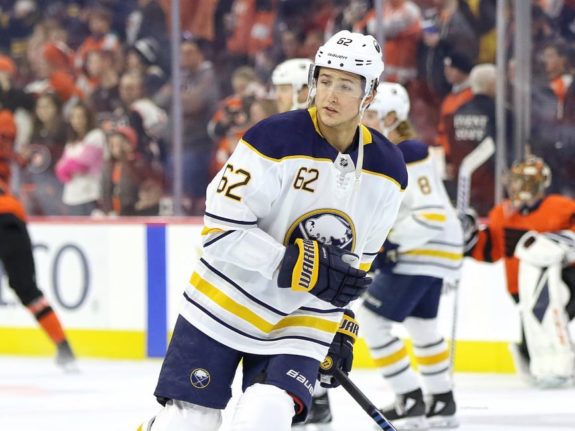 The Sabres acquired Brandon Montour in exchange for a first-round pick in 2019. (Amy Irvin / The Hockey Writers) 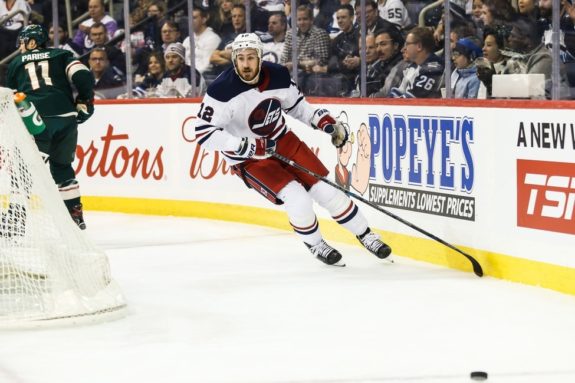 The Jets sent their first as part of a package for forward Kevin Hayes in February. (Terrence Lee-USA TODAY Sports)

The 2018 NHL Entry Draft was held in June last year at the American Airlines Center in Dallas. The Sabres won the top pick after finishing with the worst record and selected defenseman Rasmus Dahlin. Andrei Svechnikov was selected by the Carolina Hurricanes with the second pick and Kotkaniemi went to the Montreal Canadiens with the third. 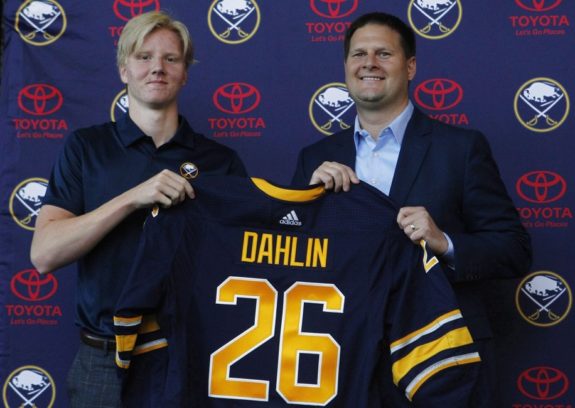 Two years ago, the New Jersey Devils won the lottery despite having just the fifth-best odds. They selected center Nico Hischier.

A one-hour show beginning at 8 p.m. EST will kick off the broadcasted show. The results of the 2019 NHL Draft Lottery will take place live on NBC, Sportsnet and TVA Sports. The Vancouver Canucks and the city of Vancouver will host the 2019 NHL Entry Draft on June 21-22, 2019 at Rogers Arena.

Veteran centers Bergeron, Krejci back with Bruins
3 Takeaways From Finland’s 6-1 Win vs. Latvia
NHL Rumors: Edmonton Oilers, Calgary Flames, and the Carolina Hurricanes
Mason McTavish scores four goals in Canada’s rout of Slovakia. Maybe five would have been reason to celebrate.
Canadiens Should Consider Trading Allen to The Golden Knights