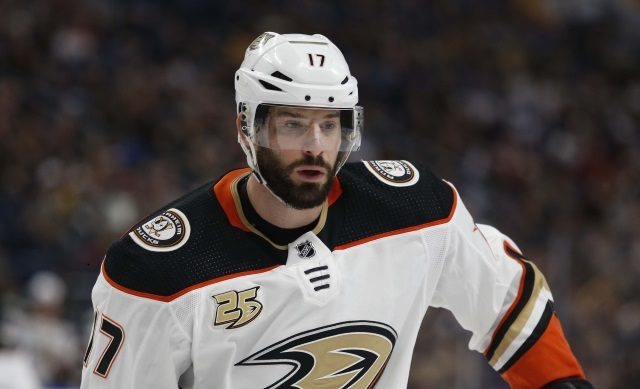 Dan Arritt of NHL.com:  The words no athletes want to hear are career-ending surgery. Ryan Kesler faces that possible reality over the coming months, maybe weeks. Since hip surgery two years ago, Kesler has just 22 points in 104 games. The defensive side of his game deteriorated in this time frame along with any speed he had left.

“We have to find some options for me. Not just for hockey, but for my life,” the 34-year-old said “Sunday, two days after the Ducks season ended. “Simple things, like putting on socks in the morning, are tough.”

This is sobering. Kesler dressing himself being a challenge presents a huge red flag. Kesler and Bob Murray expect to gather all the information they can and come up with a decision best for everyone.

Detroit Red Wings and the draft

Arthur J. Regner of DetroitRedWings.com:  The draft lottery takes place on Tuesday night and Detroit will find out where they pick. Detroit fell one spot last year and two spots the season before. This year, the Red Wings come in with the fourth worst record in the league. Also, there’s a chance that Detroit could wind up in the top-three. Their needs resemble last year’s — a puck-moving defenseman and a top-six forward with much upside.

If Detroit does not end up in the top three, Bowen Byram and Kirby Dach present as targets to pick. Byram’s ability to quarterback a power play and offensive upside keep growing. As for Dach, his skill level and reach are his two biggest assets. Dach keeps opponents at big with his uniquely wide wingspan. Moving down seems not viable right now.

If Detroit wins the lottery, then what? The Red Wings selecting Jack Hughes would be their likely pick.

Charlie Roumeliotis:  A little over half season in Chicago has enamored Dylan Strome to the point where he said the following.

“This is where I want to spend the rest of my career.”

Again, there is little doubt to what Strome is saying here. Strome enjoys playing with Alex DeBrincat, Patrick Kane, and company. There’s little doubt. Now, the question is do you extend Strome on July 1st or wait? One year remains on his current deal.