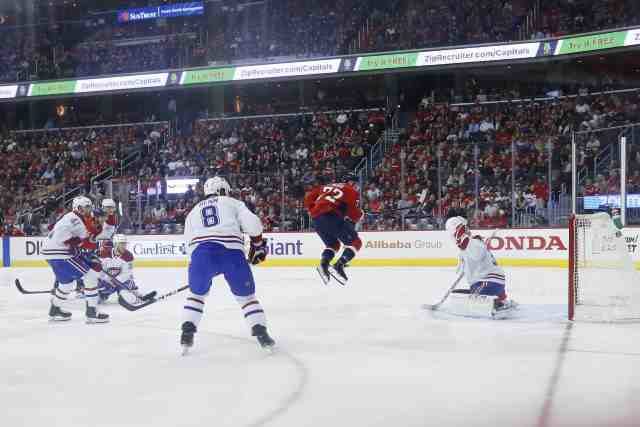 Canadiens can spend to the salary cap next year

Stu Cowan of the Montreal Gazette: The Montreal Canadiens were $8 million under the salary cap ceiling for a second consecutive season. GM Marc Bergevin has the go-ahead from ownership to spend the cap next year.

“One-hundred-per-cent yes,” the GM said. “I always have permission to go to the cap. I always keep a small cushion, but I do have it and I’m willing to go there.”

Free agents who might be available include Artemi Panarin, Matt Duchene and Jeff Skinner. There is no guarantee that any of those players are interested in playing in Montreal.

“I’m always going to look at the open market, free agents,” Bergevin said. “But you got to be careful on July 1. I think as we all know, a lot of contracts are not the greatest contracts on July 1.”

Canadiens need to be more aggressive this offseason

Brendan Kelly of the Montreal Gazette: There is talk about the Montreal Canadians trading Jonathan Drouin but that is “absurd.” With the way he played during the last third of the season and his contract, the return for him wouldn’t be great.

The Canadiens need to be aggressive and innovative this offseason. Had they’d been less conservative at the trade deadline and added an impact player or backup goaltender, they could have past the Columbus Blue Jackets for the last playoff spot.

They should take a run at pending free agent forwards like Jordan Eberle, Matt Duchene, Jeff Skinner and Artemi Panarin.

The Canadiens need to find a backup goaltender

Stu Cowan of the Montreal Gazette: After posting a 3.78 GAA and a .887 save percent, 35-year old Antti Niemi won’t be back with the Montreal Canadiens next season. His NHL playing days could be over.

The Canadiens will be in the market for a backup for Carey Price.

25-year old Charlie Lindgren could be an option, but he didn’t have a great season with Laval. 21-year old Michael McNiven had a better season than Lindgren did with Laval.

GM Bergevin could look to acquire a veteran goaltender this offseason.