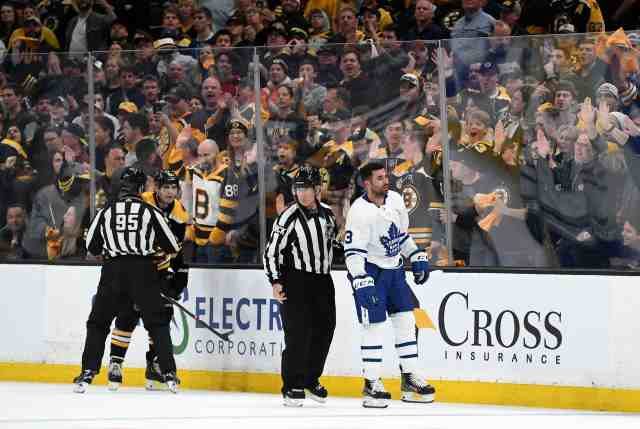 Kadri’s and Babcock’s future in doubt?

Kevin McGran of the Toronto Sun: (mailbag) After Nazem Kadri’s cross-check that will lead to his suspension, he has lowered his trade value and moved himself to the top of GM Kyle Dubas’ trade options for the offseason.

There are some who have been speculating about Mike Babcock’s future as the Maple Leafs head coach if they were to have another first-round exit. There are some who don’t like his approach or personality, where others think he’s overrated.

Maybe time to move on from Kadri

Bruce Arthur of the Toronto Star: Toronto Maple Leafs forward Nazem Kadri will have his in-person hearing today. He could receive a suspension of five games or more. He received a three-game suspension during last year’s playoffs – against the Boston Bruins as well.

Steve Simmons of the Toronto Sun: It appears to be the time for the Toronto Maple Leafs to move on from forward Nazem Kadri.

They can no longer depend on him and they can’t believe that he is a “central part of a contending team.”

Kadri is a player who will stand up, he can get the fire going, but he can also be a hindrance. He took four of their five penalties in Game 2 and will be suspended again.

They should be looking to trade him this offseason.