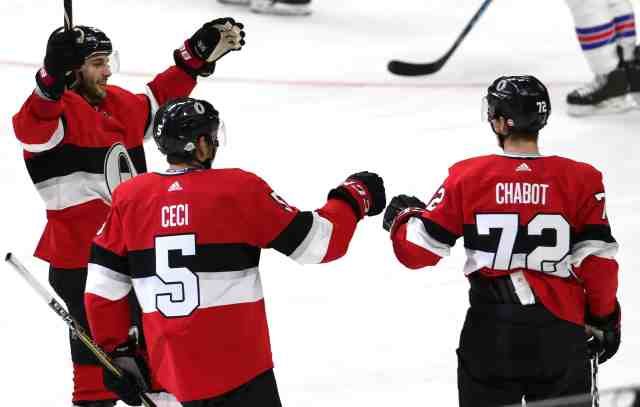 Senators have held talks with free agents Chabot and Ceci

Chris Stevenson of The Athletic: Contract talks with defenseman Cody Ceci are ongoing and have been positive.

Ceci was awarded $4.3 million through arbitration last offseason and it was looking like it may be his last season in Ottawa. It sounded like last week that both sides were wanting to get something worked out.

“I think we’re on the same page now going forward and we’re trying to avoid anything short term especially since I’ll be unrestricted coming up. We’re trying to get something done with a little bit of term and I think it could happen and hopefully I’ll be here for a long time,” Ceci said.

Ceci added a long-term deal might help out his play.

“Just having that there would help me settle in and help me help the other younger guys coming up for the next few years.”

“One thing I’ve learned about this game and life … you make your plans and … God throws some curveballs at you. I’ve learned to expect the unexpected. Did I think I’d be a Columbus Blue Jacket? I had no idea, obviously. It’s amazing. I love this group of guys. They’ve taken in and accepted the guys so well, allowed us to play our games within the system. For everyone, it’s kind of coming together all at the right time. We want to keep it going as long as possible. I’m reflecting a little right now, but at the same time, I know we have so much more to do, and I want to be here as long as possible right now. It’s a lot of fun.”