A fairly substantial trade happened on Monday when the Philadelphia Flyers picked up goaltender Petr Mrazek. GM Ron Hextall believed giving up a conditional 2018 fourth-round pick and conditional 2019 third-round pick for a fairly proven netminder was worth it seeing as his club is currently in a playoff spot and has two injured netminders on the roster.  Are other GM’s thinking it’s time to show their respective teams some love as Hextall did to the Flyers? Or, is Hextall the lone GM willing to make a move in a market of available players?

Ansar Khan of MLive.com is reporting that the Tampa Bay Lighting are the clear favorites to land Mike Green of the Detroit Red Wings. He’s also reporting Green has waived his no-trade clause to go to Tampa and that was one of the major hurdles in any deal getting done.  Speculation by others is that a deal could be announced sooner than later. 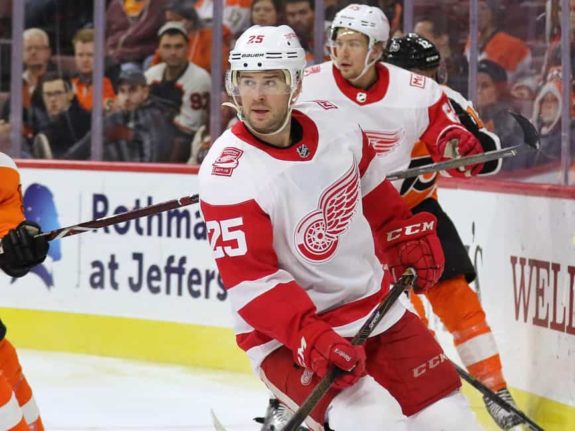 If there’s a holdup, it’s that reports are the Red Wings would like to acquire Tampa’s first-round pick in a deal but that the Lightning are not keen to move that pick even though it would be more like a second-rounder than a first-rounder. The backup plan seems to be Tampa’s second-round pick and a player who can join their roster next season.

There is also speculation that any move would be temporary as both the player and the Red Wings would like to re-visit joining each other during the summer after free agency kicks in.

Brassard Can See It Coming 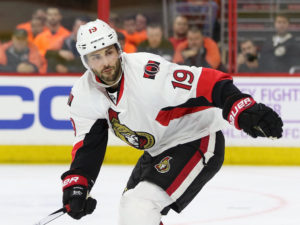 Ottawa Senators’ center Derick Brassard seems to know his days in Ottawa are likely numbered. Murray Pam of the Sporting News quoted Brassard who said, “I was traded before. I know it’s a business. There’s no hard feelings with anyone… I know the GM’s and owners have to do a job.”

It is being reported the Pittsburgh Penguins and Columbus Blue Jackets are two interested teams. The Senators want a first-round pick, a prospect, and maybe another asset in return.

Mike Harrington of the Buffalo News seems to think the Vegas Golden Knights might have an interest in forward Benoit Pouliot. The Golden Knights’ scouts have been seen watching the Sabres and most are convinced it’s not because they’re looking at Evander Kane. The Sabres should be able to get a late-round pick for Pouliot who almost no one wanted during the summer but has turned out to be a good depth find for the franchise this season.

Ansar Khan is also reporting the Toronto Maple Leafs are seeking a “shut-down” fourth-line center and coach Mike Babcock has his eyes on Luke Glendening of the Detroit Red Wings. The two are familiar with each other and Toronto is weighing the idea of potentially moving rookie Kasperi Kapanen for Glendening.

Glendening would not be a rental as he carries a cap hit of $1.8 million for three more seasons.

Fluto Shinzawa of the Boston Globe is reporting that Boston Bruins GM Don Sweeney is hesitant to part with any high draft picks, top prospects or good young players to make his team better in the short term but the right deal could still be there.

Rumours have been that perhaps defenseman Brandon Carlo would be available and if Carlo moves, many are speculating it could be part of a big deal for the Bruins who are expected to potentially shake up the deadline. It wouldn’t be for a rental.

Eric Stephens of the Orange County Register is also reporting Anaheim Ducks GM Bob Murray is not looking at rentals but players he can potentially re-sign. Murray has noted that he did make a move last year for Patrick Eaves but that they’re a better team today because of that deal and he’s suggesting prices this year are too high for rentals.

Related: Ducks at a Crossroads

If the rumors are accurate that some of the bigger names this year will require three pieces including first-round picks, there could be less action than people think.

Jim Thomas of the St. Louis Post-Dispatch reports St. Louis Blues GM Doug Armstrong isn’t willing to move young talent for a playoff rental either. His reasoning is more that he believes his team is not a Stanley Cup contender today but perhaps in two years. He’d rather trade for players with term on their deals.