The Buzzer is CBC Sports’s daily newsletter. Subscribe here to get it delivered directly to your inbox every weekday.

Here’s what you need to know right now from the world of sports:

So this actually happened last night: the clear Stanley Cup favourite and one of the best regular-season teams ever got eliminated — swept, actually — in the first round by the last team to squeeze into the playoffs. But precisely how bonkers was Columbus’ upset of the Tampa Bay Lightning? Let’s break it down in four parts with punny subheads:

All the Presidents’ meh

It’s actually fairly common for a Presidents’ Trophy winner to lose in the first round. Since the NHL started awarding the prize to its regular-season champion in 1986, seven of the 33 winners (about 1 in 5) have been bounced in the opening round. That seems like a lot, but hockey is a pretty random game and only the top 16 teams make the playoffs, so there’s not a huge gap between the best playoff team and the worst. In fact, the last four Presidents’ Trophy winners have now failed to get past the second round.

However… the Lightning weren’t your run-of-the-mill Presidents’ Trophy winners. They tied an NHL record with 62 wins in the regular season. OK, maybe a bit too much was made of that total because they went 6-1 in shootouts, and shootouts didn’t even exist until 2005, so no one was calling them the greatest team ever. But still, they were the best team we’ve seen in awhile, and the vast majority of fans and experts picked Tampa to win the Stanley Cup.

And basically no one predicted Columbus would win this series. Why would you? The Jackets had been around for 17 seasons before this and never won a playoff series. Plus, they barely squeaked into the playoffs. Plus, they lost all three of their games against Tampa this season — by a combined score of 17-3. And then this series started exactly how everyone figured: after one period, the Lightning led 3-0. After that, Columbus outscored them 19-4 the rest of the way.

OK, so we know that playoff upsets happen — especially in hockey. But the thing that takes this one to another level is the sweep. Presidents’ Trophy winners may have lost in the first round before, but they’d never been swept. And how improbable was it for Columbus to do it to Tampa? Well, at least one online bookmaker offered odds of 50/1 on it. To put that in context, a lot of people consider Buster Douglas’ victory over Mike Tyson in 1990 to be the greatest upset in sports history. Buster’s odds before the fight? 37/1. Fair enough, too: Douglas only had to be better for one night. The Jackets had to do it four times in a row for you to win that bet. 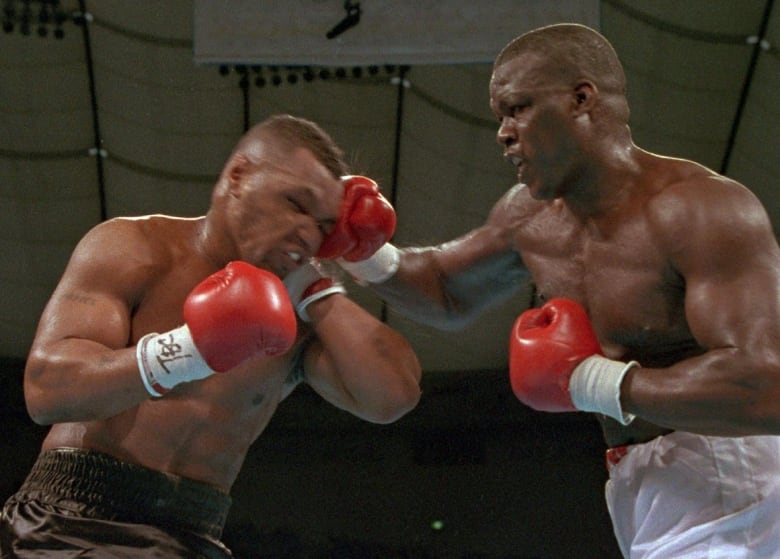 If you thought this was crazy… (Sadayuki Mikami/Associated Press)

So… is Columbus actually good?

That’s the question now. And the answer is yes. Here’s the case for the Blue Jackets (besides the fact that they just demolished the best team in the world):

They’re hot. Columbus won seven of its last eight regular-season games to get into the playoffs, then the four straight against Tampa. Combined score of those 12 games? 54-22 for the Jackets. Their goalie is hot too: Four of Sergei Bobrovsky’s nine shutouts have come since March 15. He allowed an average of two goals a game against Tampa, which averaged an NHL-best 3.89 in the regular season.

They’re probably better than their regular-season record shows. And it was still decent: Columbus had the 13th-best record in the league and the 11th-best goal differential. Washington’s margin was only three better playing in the same division, and no one would be too surprised if the Caps won the Cup again. Plus, the Blue Jackets went all in at the trade deadline. They kept Bobrovsky and top scorer Artemi Panarin, even though all signs pointed to them leaving as free agents after this season. They also traded for a very good forward in Matt Duchene and more depth in Ryan Dzingel. Duchene led the way with seven points in the Tampa series and Panarin had five.

Their next opponent might not be 100%. Columbus will face the winner of the Toronto-Boston series, which the Leafs lead 2-1 heading into Game 4 tonight. Whoever survives that will be favoured, but also probably pretty tired after a physical and emotional series against a divisional (and Original Six) rival. The Jackets will be rested and healthy. Don’t just write ’em off again. 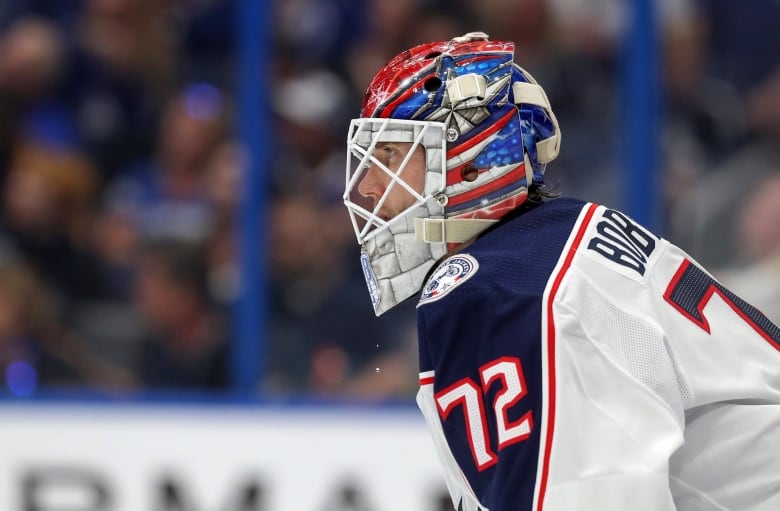 Other stuff we’re talking about today

Hold on. The Islanders swept Pittsburgh? This would be a much bigger deal if it didn’t happen on the same night as one of the craziest upsets of all time, but Sidney Crosby and the Penguins also got knocked out in four straight. They were actually the lower-ranked team, but most people figured Pittsburgh’s top-end talent would overwhelm the no-name Islanders. Right from the start, though, New York looked like the better team and got tremendous goaltending from Robin Lehner, who stopped 95.6% of the shots he faced. Four games is a tiny sample size, but just to show how good that is: the all-time record for a full season is 94.4%. Oh, Crosby, by the way: zero goals, one assist in the series.

The Raptors are back on track. A Game 1 loss to badly overmatched Orlando was a trigger for Toronto fans who have been burned too many times in the playoffs. But the series is even now and the Raps barely broke a sweat in Game 2. They won 111-82, Kawhi Leonard dropped 37 points in only 33 minutes, and Kyle Lowry scored 22 after getting shut out in the opener. Game 3 is Friday night in Orlando.

The Jets are back too. Winnipeg played so poorly down the stretch that they were actually slight underdogs in their series with St. Louis, despite having home-ice advantage. You could understand why when the Jets lost the first two games at home. But they bounced back with a 6-3 win in Game 3 and won 2-1 in OT last night to square the series. Game 5 is tomorrow night in Winnipeg and the home team still hasn’t won a game. Weird.

The Sharks are paying the price for doing nothing about their obvious weakness. It’s no secret that Martin Jones is a bad goalie. He had a sub-.900 save percentage this season, which is really something in the modern NHL — especially on a team with skaters as good as San Jose’s. But the Sharks were either unwilling or unable to trade for a better guy, and now they’re one loss from elimination after giving up 16 goals in the last three games against Vegas. Jones got yanked in two of those, and backup Aaron Dell didn’t do any better.

Canada’s Felix Auger-Aliassime and Denis Shapovalov both went out early in their latest tournament. The teenagers were the talk of the tennis world a few weeks ago when they both reached the semifinals of the high-end Miami Open. But Monte Carlo’s clay courts weren’t as kind. Shapovalov lost in the first round, and Auger-Aliassime fell in the second today to No. 3 seed Alexander Zverev. Felix was in a bit of a bad spot here. He shot up to No. 33 in the world after his Miami run, but the Monte Carlo draw was already set. Organizers still gave him a wild-card entry, so he didn’t have to qualify like he did in Miami. But he faced a tougher road than he should once his higher ranking kicks in.

The best player in women’s basketball will miss the whole season. Reigning WNBA MVP Breanna Stewart tore her Achilles while playing for her Russian team in the EuroLeague Women championship game. Many top WNBA players moonlight in the off-season for European teams, which pay pretty well. Stewart, 24, led the Seattle Storm to the WNBA title last year. She also helped the United States win Olympic gold in 2016.

That’s it. You’re up to speed. To get The Buzzer every weekday, subscribe below.