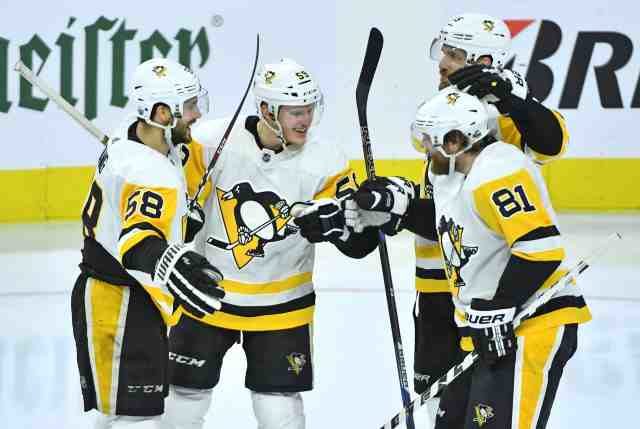 Rutherford said that basically from the start of the season they weren’t a tight-knit team and added:

“I didn’t see a point where guys came together as a team and I wonder if there’s too many guys content with where they are at in their careers after winning a couple of Stanley Cups and is that a signal where some of that has to be changed?”

Who is Rutherford referring too? Phil Kessel? Olli Maatta?

Justin Schultz and Brian Dumoulin had been dealing with injuries.

Rutherford knows he has tradeable assets to make decisions on.

“We have a lot of good players and players with good resumes. (We have) players who have won Stanley Cups. Players who have contributed big to that,” The Penguins GM said. “Depending what changes we decide to make, we have valuable assets to make some of those changes.”

The Penguins need to move on from defenseman Jack Johnson, but he has four years left on his deal. They must find a way to move him.

It wouldn’t be a surprise if the Penguins traded Kessel.

Hornqvist didn’t have a good year and has dealt with concussions. He has three years left on his deal at $5.3 million.

Letang has three years left on his deal at a $7.25 million. Letang has a limited no-trade clause but if they could find the right deal, it may be in their best interest to trade him.