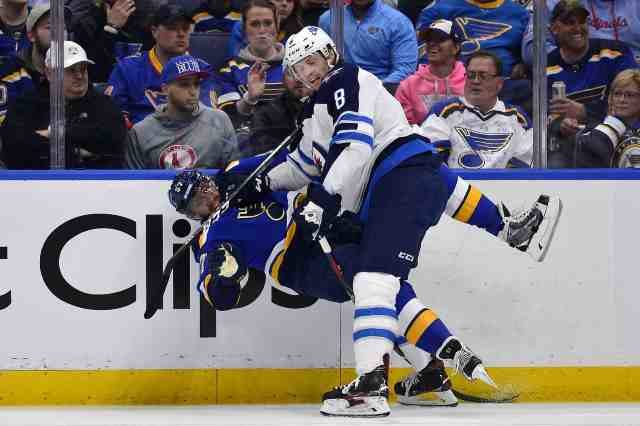 Igor Eronko: The Golden Knights are interested in Mikheyev but he has other NHL offers as well.

Mikheyev is a “Speedy versatile RW with a heavy wrist-shot who loves to dangle and is good on a PK.”

Cullen will take some time deciding on his future

Jason Mackey: Pittsburgh Penguins forward Matt Cullen said that he will talk things over with his family before deciding if he’ll retire or not.

Pittsburgh Penguins: GM Jim Rutherford on their offseason approach: “We are still a bit emotional with how this ended. The best thing for me is to take a little time to think through this… Some big decisions will be made. Obviously, there will be changes in our team.”

Trouba’s days in Winnipeg over?

Ken Campbell: Believe that defenseman Jacob Trouba has played his last game for the Winnipeg Jets.

Keys to the Winnipeg Jets offseason

Emily Kaplan and Chris Peters of ESPN: Looking at the keys for the Winnipeg Jets offseason.

Laine had a streaky season and scored three goals in six playoff games.

The Jets may need to add more term to Connor’s deal to keep the AAV manageable.

Cement the depth at center – It’s getting costly for the Jets to acquire a second line center at every trade deadline. In 2018 they traded for rental Paul Stastny. This year they acquired Kevin Hayes who is unlikely to return. Total cost was two first round picks, two conditional fourths, Erik Foley and Brendan Lemieux.

Make tough decisions on D – Will the Jets be able to sign restricted free agent Jacob Trouba or will they move on? It’s more likely that they look to trade him.