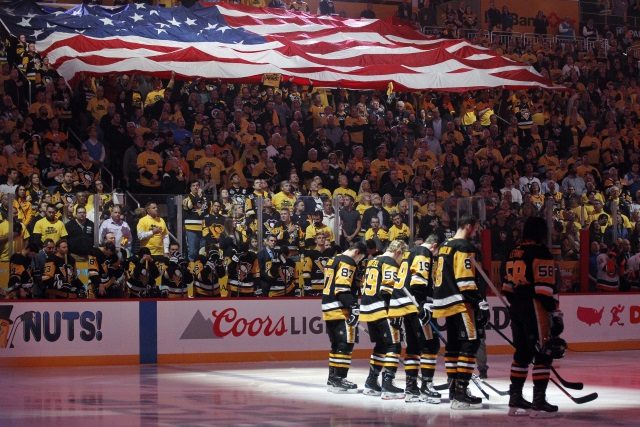 During those seasons, the Penguins reset the template for a Stanley Cup franchise. With foundation players Crosby and Evgeni Malkin, they relied on a swift-skating style aided by the addition of youngsters such as Jake Guentzel, Bryan Rust, and Conor Sheary.

Forwards Phil Kessel and Patric Hornqvist and defensemen Justin Schultz and Olli Maatta also played crucial roles helping the Penguins win those two Cups. Veteran defenseman Kris Letang missed their 2017 championship due to neck surgery but was a vital part of their 2016 run.

Two years later, the Penguins are no longer the NHL’s dominant team. Last spring, they were eliminated from the second round in six games by the Washington Capitals. Last week, they were swept from the opening round by the New York Islanders.

Despite a strong surge down the stretch to clinch a playoff berth, the Penguins were inconsistent through much of this season. Their swift exit from this year’s postseason is prompting speculation that changes could be afoot this summer for the former champions.

Even if the Penguins staged another championship run this spring, salary-cap constraints would’ve ensured some players currently on the roster wouldn’t be back next season. As per Cap Friendly, they have over $79.7 million invested in 18 players for 2019-20. That leaves little wiggle room if the cap reached $83 million as projected for next season.

General manager Jim Rutherford still believes his club has a window of opportunity to win another Cup. However, he feels there are some players on the roster who may have grown complacent after winning a couple of championships. While he didn’t single anyone out, his remarks sparked considerable conjecture over who he was referring to.

Rutherford doesn’t intend to blow up his roster over the summer but there’s an expectation he’ll attempt to rebuild on the fly. Jason Mackey of the Pittsburgh Post-Gazette suggested he could attempt to move out a few high-salaried veterans to bring in younger, affordable talent.

Don’t expect Crosby, Malkin, goaltender Matt Murray or most of their younger players to hit the trade block. In the aftermath of the Penguins’ elimination, Kessel, Letang, Hornqvist, Schultz, and Maatta surfaced in the rumor mill as potential offseason trade candidates.

Of this group, there’s a growing perception Kessel, 32,  is the most likely to move. He was dogged by trade rumors during the previous two summers. Rutherford reportedly received trade inquiries about Kessel last summer but declined to move the right winger at the time.

Kessel’s frequently clashed with coach Mike Sullivan during his tenure in Pittsburgh. With the Penguins picking up $6.8 million of his $8 million annual average value through 2021-22 (the Toronto Maple Leafs carry the remaining $1.2 million per season), he’s a prime cost-cutting candidate.

Having tallied 82 points this season, Kessel should still be attractive to teams looking for experienced scoring depth. The Arizona Coyotes could be among them. While Kessel has a modified no-trade clause, The Athletic’s Rob Rossi reported the winger was “agreeable” toward going to Arizona when the Penguins were exploring trade options last summer.

Some pundits also suggested Letang ($7.25 million annually through 2021-22) and Hornqvist ($5.3 million through 2022-23) could become trade bait. Despite Letang’s defensive miscues during the Islanders series, the 31-year-old’s status as the Penguins best mobile rearguard should ensure he remains in Pittsburgh. Hornqvist’s concussion history and full no-trade clause mean he’s not going anywhere.

Kevin Gorman of the Pittsburgh Tribune-Review considers Schultz a more likely blueline trade candidate. The 28-year-old has a year remaining on his contract with a $5.5-million salary cap hit and is slated to become an unrestricted free agent next summer. He has a 10-team “no-trade” list.

Maatta, meanwhile, looks like a player who could benefit from a change of scenery. He was hampered by a shoulder injury this season and Sullivan seems to have lost confidence in him. With his youth, offensive abilities and reasonable $4.083-million salary-cap hit through 2021-22, Maatta could be attractive to clubs in need of a puck-moving defenseman.

Some pundits also propose Rutherford find a way to move out Jack Johnson. Signed last summer to a five-year, $16.25-million contract, the 32-year-old blueliner was a bust in his first season with the Penguins. Given the steady decline of Johnson’s skills in recent years, Rutherford will have a difficult time finding a club willing to take that contract off his hands.

Rutherford has a reputation as a wheeler-dealer, always seeking ways to maintain his club’s competitiveness. Don’t expect him to make minor moves this summer.