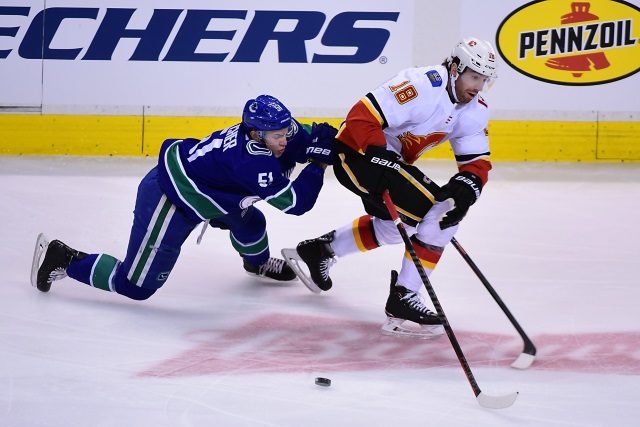 Francesco Aquilini: “I want to correct erroneous media reports that I tried to hire Dean Lombardi. In fact, I’ve never spoken to Dean Lombardi in my life.”

The Canucks could have some options this offseason

TSN Radio Vancouver: Jason Botchford on the Canucks offseason: “I think there’s lots of moves to be made right now, starting now, where you can get difference-makers. Sutter gone, Beagle gone, build a good third line, a good fourth line, find free agents, weaponize the cap space and find players with high upside”

Greg Wyshynski and Chris Peters of ESPN: Looking at the keys to the Vegas Golden Knights offseason.

Re-sign William Karlsson – The pending RFA has arbitration rights. His scoring dropped from 43 to 24 goals, but his defensive game was still Selke Trophy level.

Add a big piece on defense – Most Stanley Cup winners have that “foundational defenseman.” They have a nice collection of defenseman, but not a main guy. They went after Erik Karlsson last season, will they do so again?

Address the bottom six – Their top two lines are set but could use a tweak to their bottom six. Recently signed Nikita Gusev is a wild card.